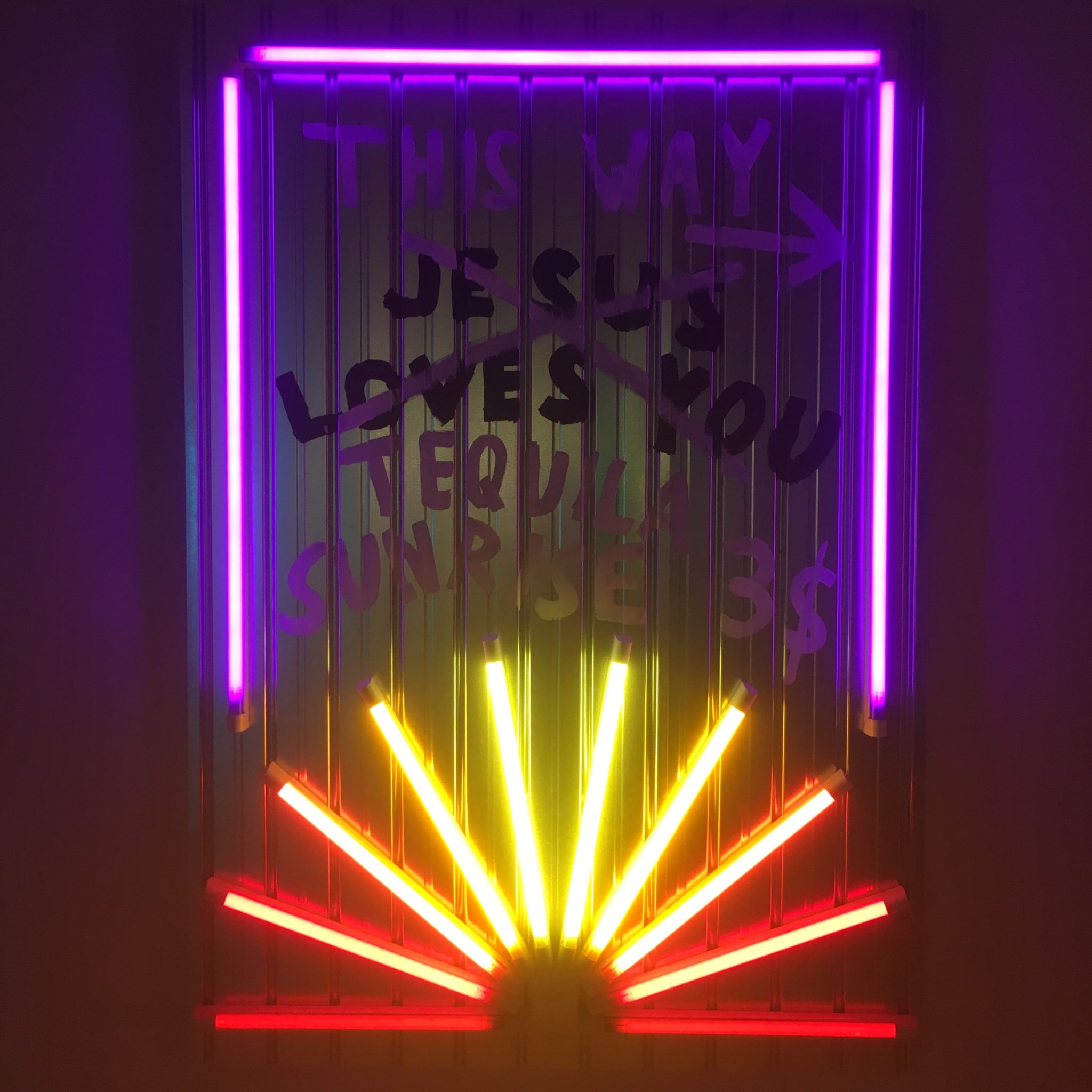 Leaving from Copenhagen, I decided to head down to Hamburg, Germany to begin my new backpacking adventure. However, arriving there was far more complicated than I expected.

I booked with Deutsche Bahn (DB), which is by far the most well known German transport company. After my experience, Flix bus might have been a better option. Simply, I missed my bus. I went to the wrong stop with only minutes to spare after multiple delays from Skånetrafiken (the regoinal Swedish train and bus system). My ticket gave me no details whatsoever about where to go, so I went to the main bus stop for other long haul distances at the central station.

There, I met a nice Danish woman with her child who was also confused as this stop was where the buses used to be based. However, apparently, it had changed since she had used it before. That is to say, we both missed the only bus we could take that day …

I had to buy a new ticket with multiple connections to arrive in Hamburg the same day, hours later than expected. Sigh.

A Debacle with Deutsche Bahn

Apparently, Deutsche Bahn’s quality and service have gone down in recent years, much to the chagrin of the German populace. I see why … I still have not received information on any refund and likely will never.

However, through this ordeal, I did make a friend. That Danish woman who I spoke with in Copenhagen, we were on the same route. She is actually a human rights activist from Syria who became a refugee after the war started while she was studying in Denmark. Her daughter is also a bit of a media darling after Prince Harry was photographed playing with her during a visit from the royal family of Britain.

As the mother was travelling alone with a stroller and child in her ‘terrible twos’, I helped as much as I could while we both lamented about Deutsche Bahn, talked about life in Scandinavia, and plans for the future. She was interested in how to ensure that her daughter grows up speaking Arabic as well as Danish and English. I assured her that as long as she continues to speak it with her, her daughter should pick it up and retain it along with the other languages of her home.

I am not sure if this chance encounter was worth how many freaking euros it was to rebook my trip, but it was definitely a delight to meet this little duo. It was also quite useful, as she would translate the Danish we would encounter and I would do the same for the German when we crossed the border. I also helped with a Deutsche Bahn conductor who was a bit unpleasant to the both of us. While I got off in Hamburg at around 11PM, she continued onward to Essen to see a friend. We are Facebook friends now, and if I am ever in Copenhagen again, I am welcome at her home.

Not a bad start to backpacking I must say …

Although I had trouble finding the misterbnb itself, the location right by HafenCity was perfect for my little sojourn into Germany’s second largest city.

One obvious disappointment of missing my first DB transit was that I had less time to explore this wonderful city. Unfortunately, I only planned to stay for two nights, so I missed a night out! And, Hamburg boasts a lively art scene, multiple theatres, and vast green spaces, which just scream cool. As it is on the water, many of its attractions are situated along the shoreline of the Elbe or surrounding the main See or ‘lake’ in German. Yes, I know, it is like sea in English, but See means ‘lake’. Unsurprisingly, much of Hamburg is connected by bridges. Canals and waterways connect the city in a picturesque web!

As it is a vast network, I recommend taking the efficient metro for most travel. Although the city itself is rather compact in my opinion, it is tiring to walk the whole expanse, and public transport is rather affordable.

Most of the touristic centres are located close together anyway, but to visit the Rathaus (town hall) or St. Pauli’s quicker, taking the subway is a must!

The largest development area of its kind in Europe, HafenCity is a unique construct of theatres, restaurants, and the famous symphony (Elbphilharmonie) in Hamburg that caters to both tourists and locals alike.

HafenCity rests within the Hamburg-Mitte district along the main canals and is one of the city’s main touristic destinations. As a result of its location, it is slightly prone to flooding; however, it is a marvel in engineering and architectural design to say the least.

Still not fully completed, it is significant enough even to be an UNESCO heritage site since 2005. It is a perfect place for some instagram pictures as well as to sample one of Hamburg’s most famous delicacies: Fischbrötchen.

Fischbrötchen is a fish sandwich in the typical northern European style (either pickled or fried fish) and a common snack in this region. Hamburg cuisine is largely seafood based, unsurprisingly as a result of the watery surroundings. The Hamburg fish market is another famous destination for tourists where fresh catches can be seen and bought in the early morning.

Hamburg may also be the birthplace of the hamburger … however, we do not know for sure. Likely, it was a German immigrant to the United States who concocted this magnificent sandwich from the northern European-style Frikadeller. Classic dishes here include not just beef patties but Aalsuppe (‘all soup’ in Low Saxon) (a mixed soup, which sounds like ‘eel soup’ in standard German, but does not necessarily contain it) and ham served with green beans and pears (literally Birnen, Bohnen und Speck).

It is a heavy gastronomy with frying and boiling, but a perfect summary of northern German tastes.

Where to Vibe and See A Vernissage

That said, while HafenCity is the place to go in the daytime and for a snack, at night, the other boroughs beckon.

St. Pauli and St. Georg are the main gay districts and nightlife areas. However, weirdly, they are separate from each other by a good distance. If one has to decide where to go in an evening, I would suggest St. Pauli. It is closer to more attractions and contains more bars than St. Georg, which is closer to the main business centre. In reality, St. Georg is the true LGBT+ district, as it contains the most bars of that nature (close to the Haupftbahnhof or ‘central train station’). However, St. Pauli has its own queer vibe as a result of the creative types it attracts in general.

In St. Pauli, I attended a vernissage after communicating with some people through Couchsurfing. To be perfectly honest, I did not know what a vernissage was until I arrived. It is a French word for ‘an opening before the real opening’ or ‘a soft opening’, I guess.

St. Pauli boasts an array of galleries and pubs patterned with street art that fill to the brim with young people on the weekends and exude alternative culture. After this opening at Affenfaust Galerie (very cool spot!), I enjoyed an evening out with some locals and visitors alike and heard their perspectives on the city.

Like Lisbon, everyone wants to move to Hamburg. Perhaps it is the art scene and liveability? Or, maybe, because it is just less busy than Berlin? Whatever the cause, Hamburg is becoming a popular location for most young Germans who are in the technology industry or working in any amount of start-ups.

I can see why. Personally, Hamburg felt a lot like Copenhagen, but friendlier and cheaper. Beer does not cost close to 10 euros, but a mere 2-3 per pint. Thank goodness!

Like many northern European cities, it also has a good amount of green space to counterbalance the cement and modern architecture. The Außenalster and Binnenalster form a continuous super lake that split the city in two main areas so to speak. It is fine walk and relaxing location to enjoy the general crispness of the climate and escape the occasional sun in the summer.

Nevertheless, not everyone loves Hamburg. Some Germans see the city’s northern Europeanness as a contributor to Hamburg residents’ apparent stuck-up nature. I did not witness this supposed trademark, but some Germans believe this stereotype to be true. Scandinavia might have oversaturated my radar on this front …

Then again, Hamburg possesses more than other cities in Germany and is hands down a cool place to be right now. Maybe, it is a little justified (if true this attitude is)?

Overall, Hamburg will meet if not exceed one’s expectations of what northern Germany is like. It is the sort of city that has a lot to it, but even more hidden. One will have a completely pleasant time sticking to HafenCity and the main tourist districts around the lakes and Rathaus (Altstadt; ‘Old City’).

However, one’s time can be equally well spent in exploration of the alternative avenues of St. Pauli, St. Georg (i.e. finding some nice Turkish food), and Sternschanze. Do not let the churches and museums fool you – Hamburg has an edge to it that is just daring you to explore its red bricks and mortar.

Up next on our German escapade is one of my new favourite European cities – Köln or Cologne! Then, it is to Bayern (Bavaria) for a spell. I am right now in Edinburgh, Scotland, rattling my old cage to remember and describe the best I can of these last few packed weeks of travel. It is extremely difficult to write, mostly because my computer still refuses to function and glitches every ten minutes or so. I have already taken it into the shop. At this point, I am exhausted … Sigh. But, get ready for so many more tales to come (if I can type them out)!