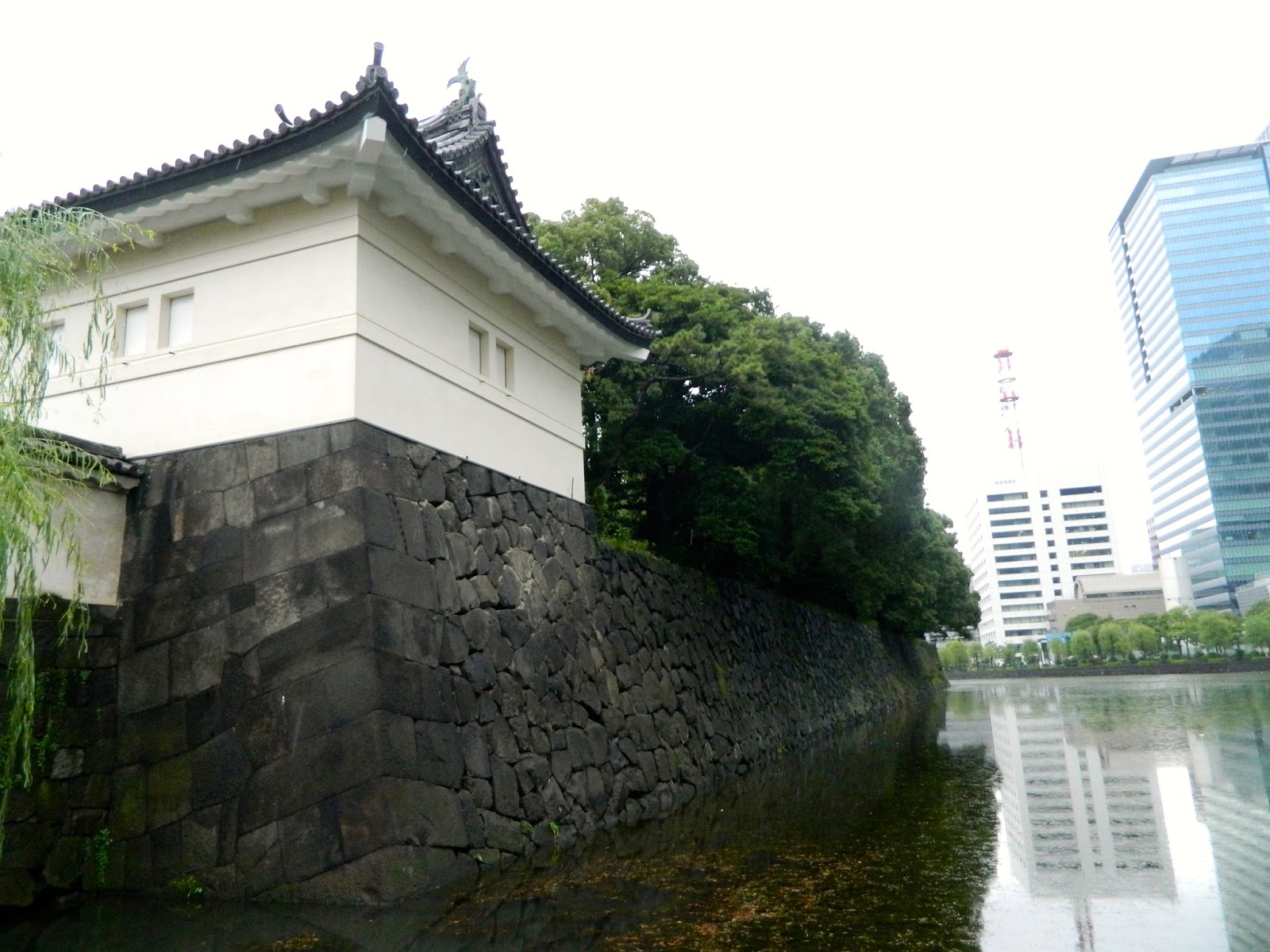 As one may probably realize, I am back in Vancouver and have been for the last few days. I am a student with a job …

Thus, my trip to Japan was short, and I honestly am disappointed I did not do, see, and write more. I forgot to even change the correct sections on Expat-terns to reflect where I was traveling. Nevertheless, it was a wonderful experience with new cultural exposure and even a little father-son bonding.

Simply, Japan is a popular tourist destination as a result of its saturation in the world market economically and culturally through branding, production, and media. One will observe businessmen and women bustling through the subways of Tokyo station, envy the youths who have the latest must haves in Harajuku, and feel as if one is in Times Square while walking through Ginza. Japan, Tokyo especially, is synonymous with innovation and vibrance; it is overwhelming, but brilliant to experience.

Despite being one of the world’s busiest capitals, Tokyo stays true to its roots, literally. Within Tokyo, there remains greenery and ancient customs: gardens, ponds, and shrines. The natural world, its beauty and power, are an ever present motif in the island’s traditional Shinto.

And, this marriage between sky scrapers and pagodas is something I always appreciate. In North America, nothing visible of such intricacy stands, but in Japan, the Meiji Shrine and its surrounding wood is just a subway stop away while still located next to the capital’s hub of fashion and commerce, Shibuya.

One aspect that I have not encountered recently until now from traveling was, ironically, tourists. So many tourists! Most of my travels take me to some touristy destinations (France, Germany & Croatia to name a few), but Japan is by far one of the most recent places I have been that has such saturated touristic centers.

At times, it was pleasant and not obstructive to my experience as a fellow tourist who desired to experience Japan, preferably without that many other foreigners. At other times, it was exhausting, annoying, and confusing: Why are you shouting in English really loud?! What idiot wears flip flops to the Tsukiji Fish Market?! Legitimately, who does this?! There are puddles full of oil, and dirt, and fish blood everywhere.

Throughout the trip, I realized I was doing something I should not have been: comparing. I was actively comparing Japan with Korea, which is not necessarily wrong. Although, there were constructive conversations regarding architecture and history, I realized I needed to enjoy Tokyo without judgement.

The “our pickled dishes aren’t as sour in Korea” needed to become “Japanese cuisine contains unique tart and sour flavors”. I like to think by the last day at least, I stopped looking through not so much a neighbor’s lens, but one freer from bias or preconceptions.

That is not to say I am void of opinion, but rather I stopped myself from viewing Japan as a Korean. Historically speaking, this change of mind was probably a good thing. As I have briefly mentioned, relations have not been great, and biases and reconciliation efforts need to still be addressed. And through travel and sharing as now two sovereign nations, we are getting there.

One phenomenon I witnessed that Japanese super woman, Yuuka, confirmed as accurate was the prevalence of couples consisting of a Japanese woman and a White man. I did not bear witness to the reverse partnership, and Yuuka added it is rare to see the latter. Mixed race couples are uncommon in general in Japan.

It was not off putting (clearly not the existence of interracial couples – my own family is interracial), for as an outsider and stranger, who am I to judge? But being aware of the historical fetishization of East Asia present in literature, art, and even through my own personal experiences, I took notice.

Before I go into a long-winded sociological diatribe, I will return to the topic of Japan and how it fascinates and amazes me. How can there be so many people running in every direction, but the subways arrive almost never a second late? How almost all the world problems can be solved with some curry rice and donkatsu? Sigh.

One of Japan’s defining characteristics for me as one can probably tell is its gastronomy. As a result of being there for only four days, I was not able to experience every thing I wanted to in Tokyo, let alone the country. However, food was one part that I could not miss or refuse, and why would I?

Representative of ever flavour as it is the country that coined the term umami (savouriness), traditional Japanese cuisine is intricate, delicate, and diverse in its texture and consistency. Nattō (fermented soybean), expertly sliced raw fish (although I frequently felt guilty for eating tuna, knowing full well of the overfishing practices taking place), crispy tempura and katsu, and pickled burdock are indicative of this nation’s unique style of food.

Be it from a crowded restaurant under train tracks, a traditional, family run sushi bar, or even a simple, late night 7Eleven (because the ones in Asia are more like 7Heaven), food is reasonably affordable and beyond tasty.

As I say with all my destinations, I will be back. Next time, I imagine it will be with a friend or two. Hopefully, I will be with someone who actually speaks Japanese. I’ve seen Fuji, but did not enjoy an onsen (hot spring). I’ve heard stories about Roppongi, but have not made my own. I need to try Hokkaido crab.

I am glad I have an idea what Japan feels like now, how it rushes with people but rests in rice paddies and waterfalls and mountains. I plan to increase my time in Asia significantly as I mature, and I cannot fathom why Japan would not be revisited. Too electric? Too gracious? Too delicious?

Too bad I will not be able to return sooner.   Vancouver is rainy, classes are stressful, and rent is too expensive; normalcy has returned. I hope I was able to give you all some inspiration for any short upcoming trips to Japan. Some experiences are longer than others, but duration means nothing to experience.

Well, it can influence how much jetlag one might experience. For those ready for a new adventure already, our next international excursion will be, I am happy to say, to Portugal, Spain, and Morocco next year with the Croatian goddess, Nina. Additionally, prepare yourself for some articles and essays from down under from a friend soon heading to Australia for study and research. Stay tuned and travel often.