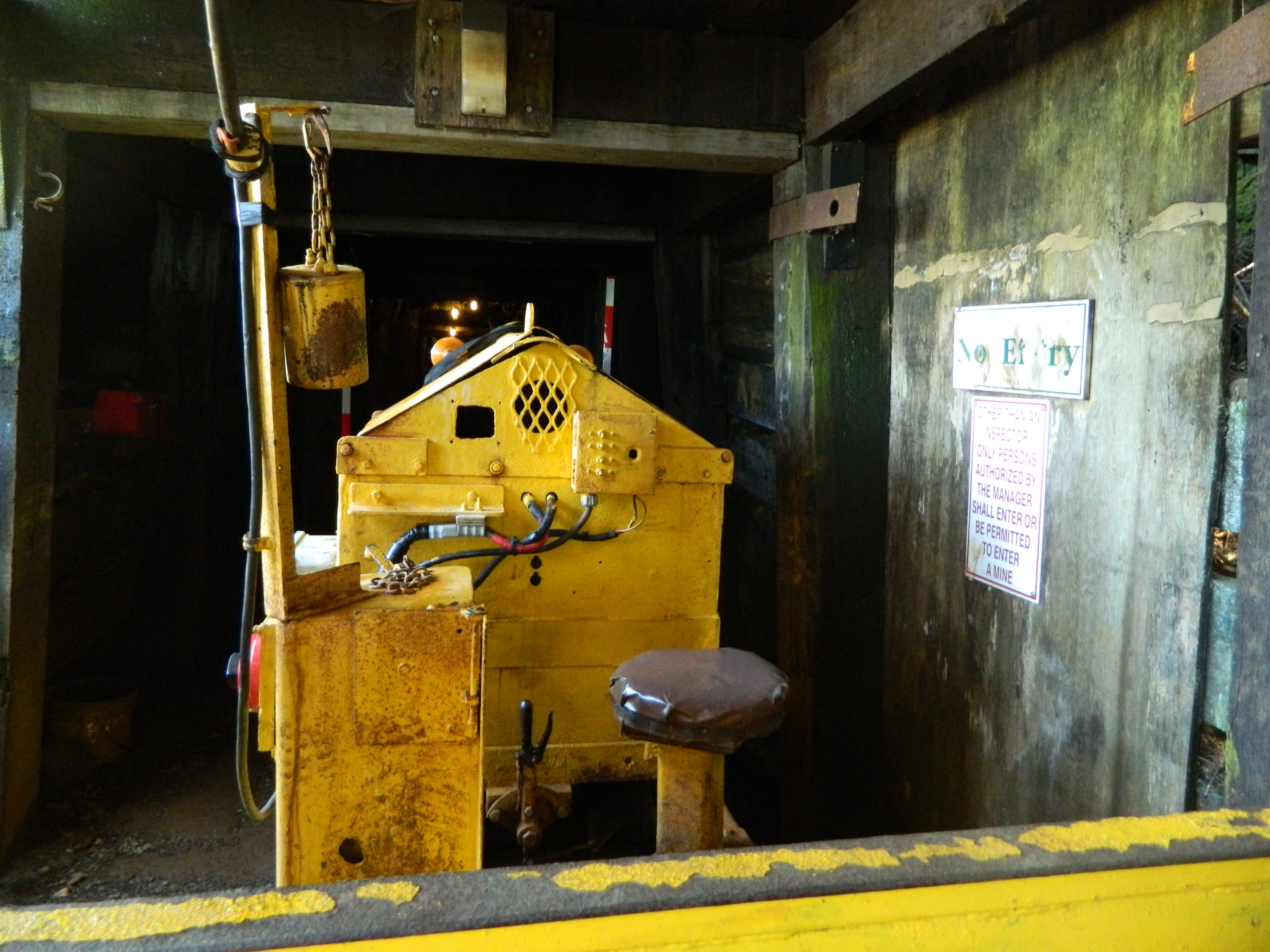 It is a scorching 27 degrees today, and Vancouverites are enjoying it. Sunny and lively, it seems like the least likely time to go looking for … the dead?

Yes – you heard me. A friend, Phoebe, the dog-loving Witch, is visiting from the Midwest, and today, we went up north to Britannia, British Columbia to do some low-key ghost hunting up the coast. At least, we planned to.

Located between Metro Vancouver and Squamish, Britannia is a tiny municipality with an estimated population of around 500. Most residents live in the hills in what seems to be new construction while in the beach town, some buildings are over 100 years old and most even deserted.

After perusing some literature online, we found out that there are some supernatural claims and happenings in the area as a result of the extensive mining history. A quick Google search will spout out a few interesting websites and databases that stipulate the deceased residents and victims of the mines may still be in the mountain. The town was relatively isolated for most of its European history, so it is no surprise some spirits have just stayed here …

Arriving to the town itself, it takes about an hour from Vancouver and even less from Squamish on the twisting and turning Sea-to-Sky Highway. A lovely drive on a sunny day, it is scenic with views of the mountains and waterfront all along the road. I recommend opting to be the passenger, not the driver, to take advantage of all the scenery!

The locale itself is somewhat of a ghost town. It does not feel like 500 people live in the area. Many buildings look condemned, and places that look like attractions (like the art studio and a few sparsely located cafés) were closed/empty on our visit. Wandering around even in broad daylight is a little weird. Would we say there are ‘spooky vibes’? Well, the new construction and its noise pollution eliminate that atmosphere (unfortunately).

We talked with some local residents before the formal tour of the mining museum (Britannia’s main if not only attraction), and they told us that sadly, there are no hauntings. Well, that is not entirely true. An old man who before gestured to us to come by and view the waterfront simply told us not to worry about them [ghosts] … Suspicious.

The main attraction itself, the Britannia Mining Museum, is a Canadian historic site and a little pricey to enter. Student fare is around 28 CAD with tax and adult prices exceed 30 dollars. However, the ticket does grant oneself access to the inner tunnels of the mine through a guided tour with explanation of the mining process and extraction of precious minerals, particularly copper.

Sadly, there was no talk of ghosts OR more importantly, the Indigenous people (Squamish specifically) whose land the building and site rests on. However, there is a quaint information stand from the Squamish-Lil’wat Cultural Centre in the town. Still, a land acknowledgement should be commonplace.

We also asked the tour guide about the hauntings/ghosts that may be here, and she informed us that to her knowledge, about 100 people died in the mines themselves, which would leave some ghosts behind perhaps. However, she was not aware of any ghosts in specific. Sad.

We were down on our luck. Crestfallen. No ghosts.

Tales with some Chips!

That is we were saddened until we went to the only operating restaurant in the town, Mountain Woman. Firstly, superb milkshakes if I do say so myself. My lactose intolerance is flaring, but it was worth it. Secondly, here, the local operator informed us of the real haunted locations.

Also telling us that we need not worry about the ghosts, she informed us in detail of the more elevated settlement of Mt. Sheer. Also related to the mines, we read about it online and at the museum. It was more residential with multiple buildings and a real community.

She told us that up there, those are where the hauntings are. Restless spirits and a deep cavern/ mine now deserted as well, ransacked multiple times up until the present day.

Lodging trucks take those roads, so it is a little rough. And, it is a day hike to the summit. But, there is where the ghosts are, and she also does not believe that it was just ~100 deaths.

She mentioned that they had found bottles and other vintage memorabilia that had Asian writing (specifically Japanese script) at that site. Asian labour was cheaper, and she mentioned that they would often have the Asian workers do the more dangerous jobs as apparently their lives were worth less as well (a quip that the tour/museum did not mention). Also, she told us that the shift operator was king and controlled everything back in the day.

He would not let anyone shop or import goods from Vancouver directly; miners would have to buy all their goods from the general store or face unemployment while he would retire to his secret waterfront lodge for weeks on end.

She was full of stories (and some conspiracies) as were we, and we are thankful that she revealed a little more about this cute albeit a little strange town. Things started to piece together. Old town. A much darker past. Remote locations. Ghosts are definitely a foot, just not maybe at the foot of the hill. Like, the old man said, “we don’t need to worry about them.” Perhaps, because they are inaccessible to us … for the time being.

Britannia is going through a bit of a remodel as well in the next 10 years with even more new construction and some of the old buildings being relocated. Sounds like the perfect recipe for causing some supernatural unrest. It will be interesting to return to the town whether it be for another amateur paranormal inquiry or as a pitstop to Squamish to visit the Mountain Woman. Either way, it is definitely a quirky (and possibly spooky) place to visit if one is in the area in BC somehow on the beaten track and also off it! You never know what you might encounter …

More to come about local joints and other interesting spots around Vancouver and BC too! Now from this article, do I believe in ghosts … is that the bigger question here? Let’s just say I want to believe and that mystery is out there and who ever said supernatural investigation is not a good reason to travel? Maybe we can even go squatching in Bella Bella … Stay tuned; summer begins!

One thought on “A Paranormal Pitstop: Britannia, British Columbia”