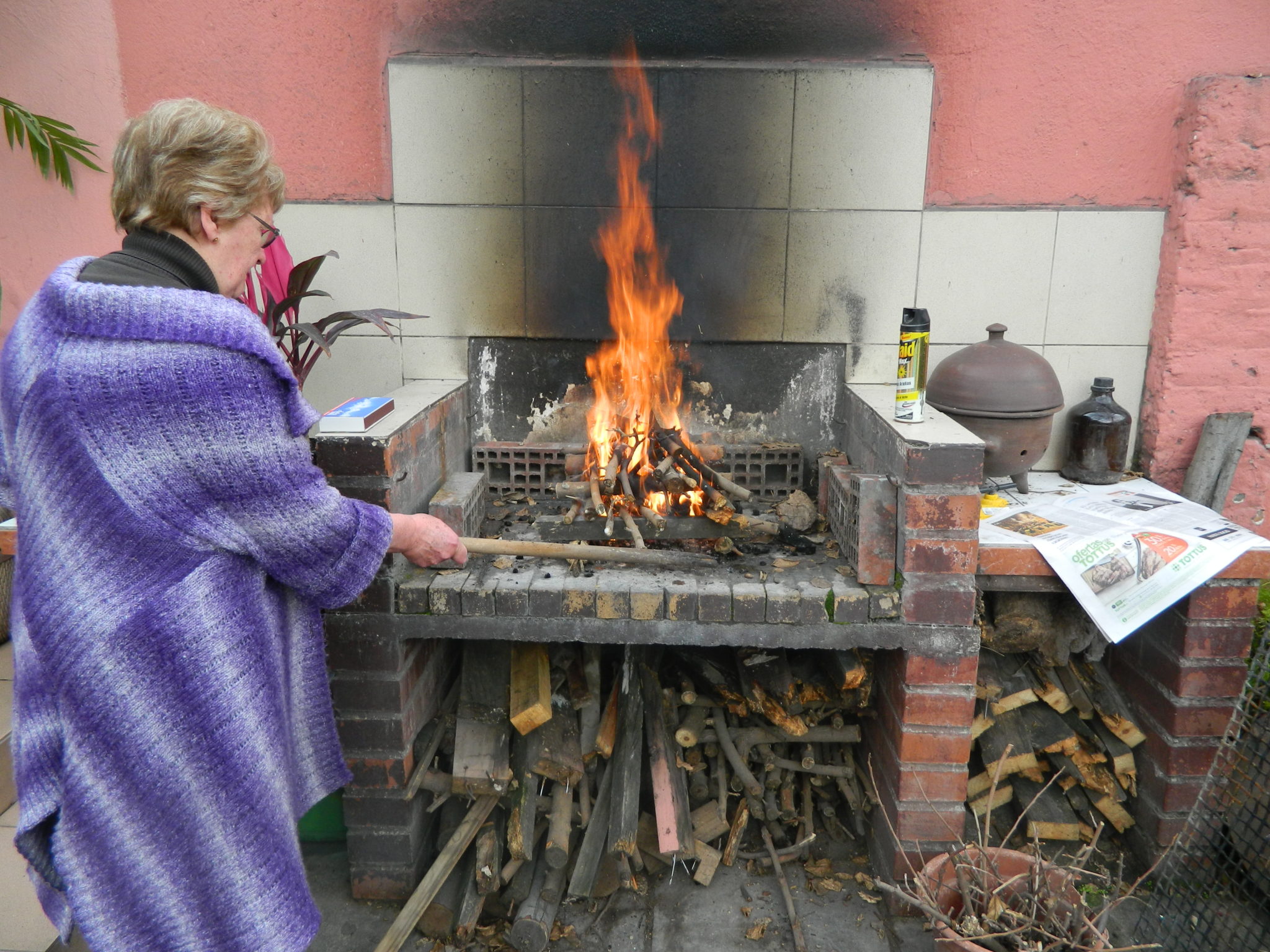 Well, it was – this post is a day late. Yesterday, my current host family had a wonderful, little barbecue with some friends. This is actually my second asado (BBQ) in Chile, so you know, I’m a total pro; I hope the italics convey my sarcasm. As far as I can tell, the only things you really need for an asado are meat (chicken, beef, lamb, things that had a pulse …), a fire (no fancy, electric grills here), and good wine (we are in Chile). My whole family helped prepare it (other than Lia and myself).

I was just observing and playing CandyCrush, while Lia, my host sister, was studying. She is going to be a doctor, so her life right now is perpetually in textbook mode. My other host sister (I have a total of three by the way) was grilling, my host dad was buying bread, and my host mother was in the kitchen cooking up a tormenta (storm).

She was boiling potatoes and stirring sauces, all while casually smoking a cigarette. There was an intense elegance to her craft.

As all this occurred, our guests relaxed on the patio with their dog, Napoleon or Napolito.

Though I was told at around 12:30 pm that the asado would be lunch, we began eating at approximately 4:15 pm. The menú (menu, duh) included boiled potatoes (traditionally eaten with a crap load of mayonnaise), grilled chicken and steak, a Chilean salad (tomatoes, onions, and olive oil), and of course, bread. It was delicious and ended with Lia (the internist to be) giving everyone respiratory exams after she first aided her coughing father.

I love how more structured asados are compared to North American BBQs; it makes me feel very fancy, especially, when I am devouring boiled potatoes mixed with mayonnaise and mustard.

What I also like about asados/Chilean cooking in general are their simplicity. All the dishes required fewer than 8 ingredients, and it all turned out great. Más es menos (More is less) at least down here. Hopefully much more to come about Chilean food!

I’m moving families today, so we may soon know which host family’s grub reigns supreme: Correa vs Rodriguez vs new-new-new host family (I don’t know what their last name is)! We’ll be in touch – Chow/Chao.