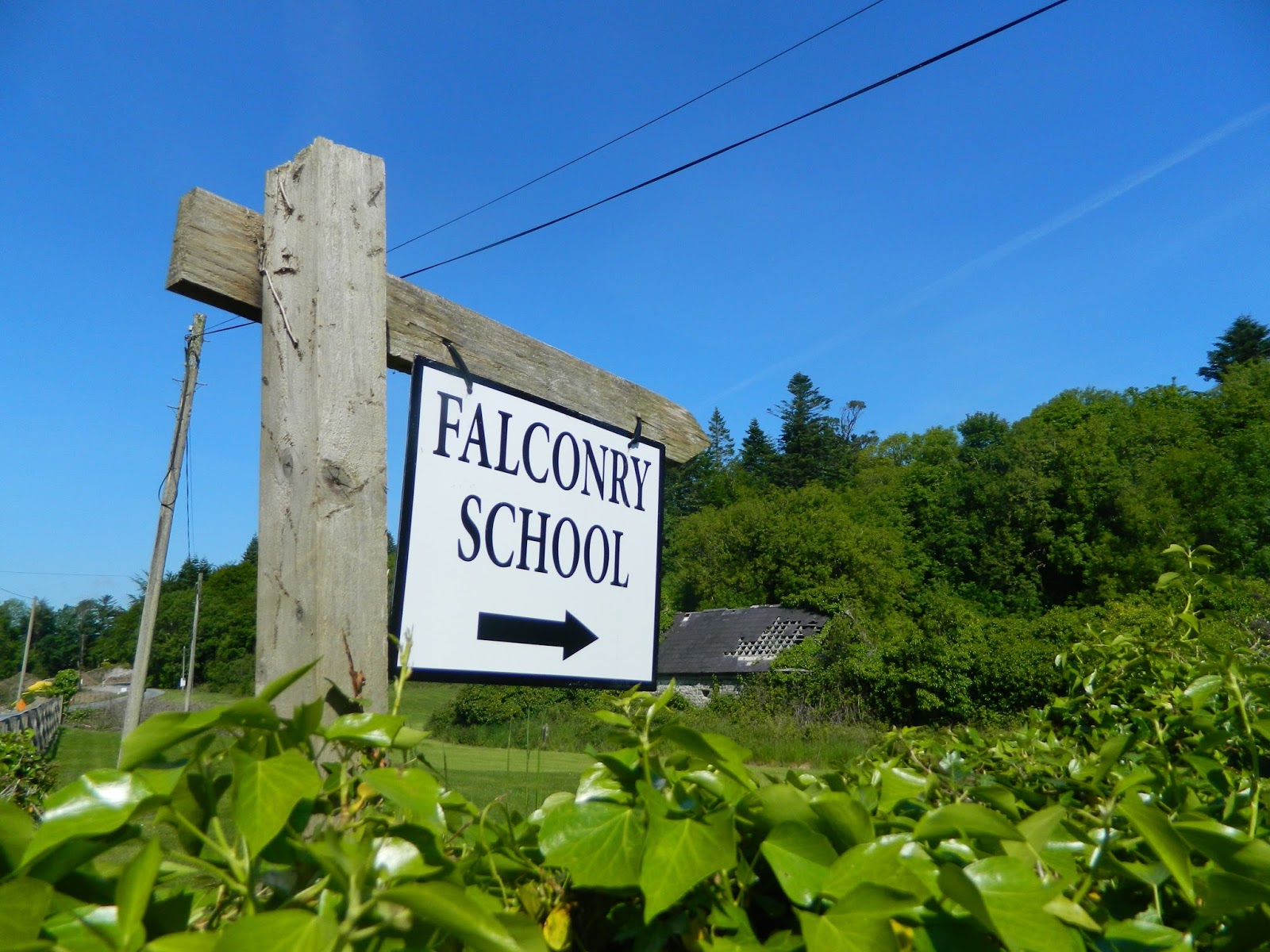 Located forty minutes or so outside of Galway, the Ireland School of Falconry lies beneath the impressive Ashford Castle in the peaceful town of Cong. Raising a variety of birds of prey including peregrine falcons, Harris’s hawks, a Eurasian eagle-owl, and even a ferruginous hawk, paying customers are led by peppy, young, and intelligible guides through the castle’s charming greenery, raptors in tow, above in the treetops or arm-side.

Groups are private to give sufficient attention to the hawks and the guests. The tour first is through the aviary with an introduction to each species of bird including background on its physiology, which ultimately explains each species’ hunting behavior and diet. Yay science!

We took out two Harris’s hawks, native to the states, for a 90 minute walk that included minimal hiking and maximum hawk.

Not surprisingly, much of the information run through was taught at Chewonki; however, I did not know that this specie of hawk is the only social hunter for raptors. They work as a community to catch their prey, the females leading the males as a result of sexual dimorphism. The females being larger than the males is actually a common occurrence when it comes to birds of prey.

Falconry is an age old tradition in these parts as well as other regions in the Old World. It is an alternative hunting method that makes these birds quite docile (though not totally domesticated) when it comes to human interaction. They know they are being fed, so they are nice to their handlers. With massive leather gloves on your arms to prevent any pain from the talons, these birds are harmless. Though if they get impatient or antsy, you may get a wing to the face; they are still not dangerous.

Since we opted for the longer tour, the guide took out the Eurasian eagle-owl as well, which was just marvelous to view up close. These hawks aren’t a fan of the owl since it would be a predator for them in the wild, so we had to sadly say goodbye to Joyce and Fhómhair.

Patterned, intimidating, and simply massive, the owl was heavier than the hawks (yes, we got to carry him too) but only by a few pounds. The hawks to begin with are only about 2 lbs. If you go on this tour, your left arm may get a little tired.

Besides hawks, the grounds contain other fauna including rabbits, stouts, and domesticated livestock like horses and cows. Fishing is popular as well in the river that separates this fortress from the mainland. Be sure to look into this area and castle for all the opportunities it supplies to its patrons; just be aware of the price tag.

For more information on the Ashford Castle and the Ireland School of Falconry, click the tagged links. Tomorrow, we are heading to the Dingle Peninsula in the south! It should be much more rural, so get ready for even more magnificent shots of wildlife and landscapes. Only about four more days in Ireland until Paris – and that is where the fun really begins. Stay tuned and keep up to date with our social media.