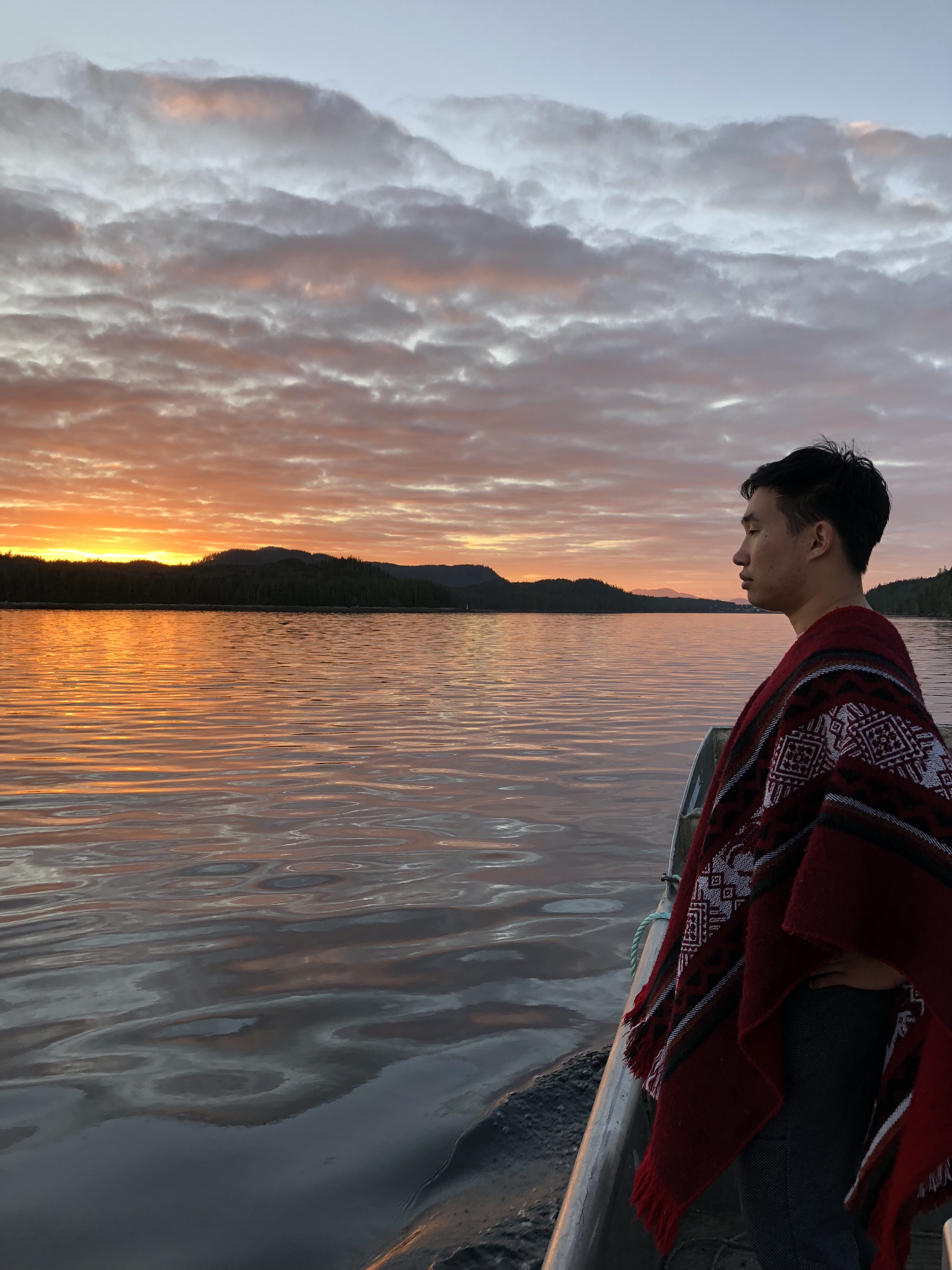 So, working in Van (two jobs I might add because this city is expensive) sadly drew me away from Expat-terns for a bit, but I am back at it and ready to showcase the best Vancouver has to offer at its prime: summertime!

As one might find if he or she pops by Vancouver for vacation is the sheer amount of people here who like to enjoy their summer. At the beach, bars, on the streets — Vancouverites never seem to work in the summer. That being said, be sure to strategically plan some days, weekends will assuredly be crowded at major destinations by visitors and locals alike.

It is of important note that Vancouver rests on the traditional, ancestral, and unceded territories of the səl̓ilwətaɁɬ (Tsleil-Waututh), Skwxwu7mesh (Squamish), and hən̓q̓əmin̓əm̓-speaking xʷməθkʷəy̓əm (Musqueam) peoples. The Coast Salish presence should and hopefully will be felt. And, it is important to remember that if you are not indigenous to the area, you are a guest. So, it is good to be a grateful one as well.

Whether it be just before an Alaska cruise, a day long layover after flying across the Pacific, or maybe just road trip up from the place that shall not be named, it does not take a lot of time or effort to enjoy Vancouver in its summer mode. However, there are a few tips, tricks, and price saving solutions I have picked up, which I am happy to share.

This list of venues, dining establishments, and destinations are by no means the pre-approved sanctioned best places to go in Vancouver. I may miss some big names like Science World and Celebrities, but I go for a good time on a dime. Some places too are very obvious favorites like MOA (Museum of Anthropology) or Vij’s, which are places I think people should always visit. Simply, these places are the ones I would be quickest to show people if they are to stop by — and they are at least worth a peek if you visit in the right season.

Whether its dim sum in Richmond, randomly placed taco joints in Gastown, or really tasty food truck in Lonsdale, you will not be disappointed by Vancouver’s food scene.

Kosoo is a relatively quiet setting for a lunch downtown and features a 15 CAD ten courses special between 11:30 AM – 4:30 PM. Tuna tataki, japchae, grilled mackerel … it is delicious for a great price. (Minimum 2 persons)

Like beer? Can survive short periods of time with hipsters? Then, 33 Acres might be a pretty good choice to patron if one is interested in the small-scale brewing scene in the Pacific Northwest.

Located more toward East Van close to Main Street, 33 Acres is a small brewery that has rotating food trucks out front in the summers. It is a casual, but crowded local in a very Instagram-esque part of the city. If you want the beer, but maybe not the atmosphere however (or do not want to wait in line because sometimes it does get to capacity), their signature “33 Acres of [insert random thing here]” beers are sold in the local liquor stores.

Delicious, delicious ice cream. So icy. So creamy. Well, not all of it I guess? You know, the vegan ones.

Rain or Shine is a ubiquitous Kits(ilano based) treat with a new location at UBC. Famous for its unique take on classic flavors as well as creating its own like blueberry balsamic, cracked mint, and a vegan hibiscus lemon sorbet, everyone can find something to enjoy. And, if you cannot decide on a flavor, why not get a flight! That’s right just like beer. I know — very Vancouver.

Be sure to be around the store before 7 if you do not want to wait in an obscenely long line. Also a small location, there is a funky bench arrangement on the sidewalk (with a very Noah’s ark vibe) for much needed additional seating.

Tuesdays are also Taco Tuesdays, so be sure to go super early to get yourself an ice cream taco!

*Kitsilano is the kind of pricey, upscale housing, walkable neighborhood of Vancouver. Imagine a lot of people wearing yoga clothes who might not actually be going to yoga and drinking juice, and you are there!

I would say a staple on Davie St (the gayborhood highway), Junction is a medium sized club with a constant array of events and drag shows throughout the summers. Unsurprisingly, this place gets packed during Pride week (in early August for Vancouver), but it is generally pretty busy on the weekends regardless.

Cover is relatively low, and there is a smoking deck outside if one is inclined.

The most conventional club on this list, Red Room is the local latin bar of Vancouver. Packed during the weekends and host to many Central and South American themed events, this club is a little pricer than other venues on this list.

Located close to Gastown, it is an ideal location to end the night after shopping, eating, and touring downtown. However, Mexican Kween, Balba, thinks it is played out …

A small, cozy gay bar down the street from Junction, Numbers is the most laid back of all the clubs listed here. With a cover of no more than 5 CAD I would say ever, it may not always be that crowded. Of course, one makes their own fun at Numbers. Located on its third floor, there is a glass karaoke room, which is put to good use.

Want a more chill night in an inclusive environment? Look no further than Numbers.

A pseudo-club/bar in Kits, Bimini’s is a young adult aimed venue with a decent kitchen in the day and moderate joy at night. Crowd size can fluctuate, but the atmosphere inside is generally pleasant. Bar, booth, and reclusive upper level table seating are available, and the lower portion of the establishment has a mini-arcade with pool table and video games one might find in a laser tag park lobby.

Adjacent to Bimini’s is a liquor store by the same name, so instead of going to the venue itself, one can choose to have their own party somewhere else with the same wares. Cover varies per night.

Drinking on the beaches is … I think it is prohibited? Just do not make a fuss and be inconspicuous and everything will be fine.

Wreck beach is the famous nude beach below UBC. Located on the western most side of campus, it is accessible after a flurry of stairs that are hell to climb back up (leg day is not needed afterward).

The beach itself is rather large with a “gay part” to the left, which is a bit secluded. You do not have to be nude to go to Wreck, but feel free to shed a few layers. Just do not take pictures; the locals hate that and will confront you. It gets pretty crowded on the weekends with vendors and visitors, so go early and bring a parasol because there is no cover!

Kits beach is probably the most popular in Vancouver. Located at the bottom of Kitsilano, it is obscenely crowded during the weekends, and free parking is relatively none existent. There is also a nice grassy area with tree covering available, but even that section becomes heavily populated by midday.

Across the street, there are an array of restaurants that one can go to for lunch. My recommendation is Thai Basil, which has a killer cheap lunch special.

Located more west from Kits, Jericho beach is a more relaxed atmosphere overlooking the north shore. Jericho also has a large park that acts as buffer to the street, which is used for the annual Folk Fest, a folk music festival every summer.

Jericho feeds into Locarno Beach and then Spanish Banks with its dog beach. Take a wander down the coast if you like!

English Bay is the main beach downtown located off of the West End. Surrounded by restaurants and a bike path, the beach runs conveniently parallel to the Pride parade. In the summers, it gets pretty crowded and it is a popular place to watch the sunset (Wreck is as well).

Food-wise, I would venture away from crowded (and mediocre) Cactus Club Café unless you want a frozen rosé (Frosé) and the expensive Boathouse. There are many alternatives around the area including ramen and bánh mì.

Renting a car does make transportation easier, but I still recommend the buses since parking is always a shit show in this city. Free parking that is.

A get away that is a little closer than Squamish and Whistler, Deep Cove is a quiet corner of Vancouver with one main street lined with shops and restaurants that ends with a beautiful view of its marina.

I would suggest coupling Deep Cove with Lynn Canyon, a scenic hike with suspension bridge, located about 15 minutes from DC. Financially free and physically refreshing, Lynn Canyon has some swimming holes as well, which while cold, can be fun. Be advised for safety warnings! Strong waters and rocks have led to injuries and death (albeit nature alone was not at fault for these occurrences).

An artistic and casual part of town, Main Street is exactly what it sounds like. It is a street. Shocker.

Dividing East Van from West Van, Main Street boasts a collection of eclectic thrift shops and restaurants. It is worth an afternoon for sure, especially if you want to avoid the hustle and bustle of downtown by Pacific Centre (the main shopping mall).

Gastown, named after ‘Gassy Jack’, who in fact was a disgusting man who abused indigenous children … who now has a statue commemorating him … oy gevalt.

I lost my train of thought because of my anger. I apologize.

Gastown is an upscale, glitzy bar scene in downtown Vancouver bordering Chinatown, which is heavily gentrifying I might add. Expensive with interesting, modern restaurants and often an area for films to be shot (to be fair, movies are shot everywhere in Vancouver), it is nice for a splurge/ night out.

Popular stops include the Lamplight Public House and Portside Pub. However, my favorite is by far the subterranean Guilt & Co. With jazz music, weird drinks, and a cover that is pay what you will, it is my kind of night.

Hopefully, that gives you some insight to what I have been doing this summer and ideas for your own Vancouver vacations. It has been busy, and I apologize for the lack of posts. I was not even able to crank out a decent Pride post this year. I very much had this one waiting to be published (at least the skeleton) and had to scramble recently to get it up, so it says July, but really, it was finalized in August. My b. If you are still with me, more is to come including guest posts from Croatian goddess, Nina, and the beginning of my abroad application process with UBC. Travel safe and often!

121. Using a little Mexican slang will get you a long way, wey.