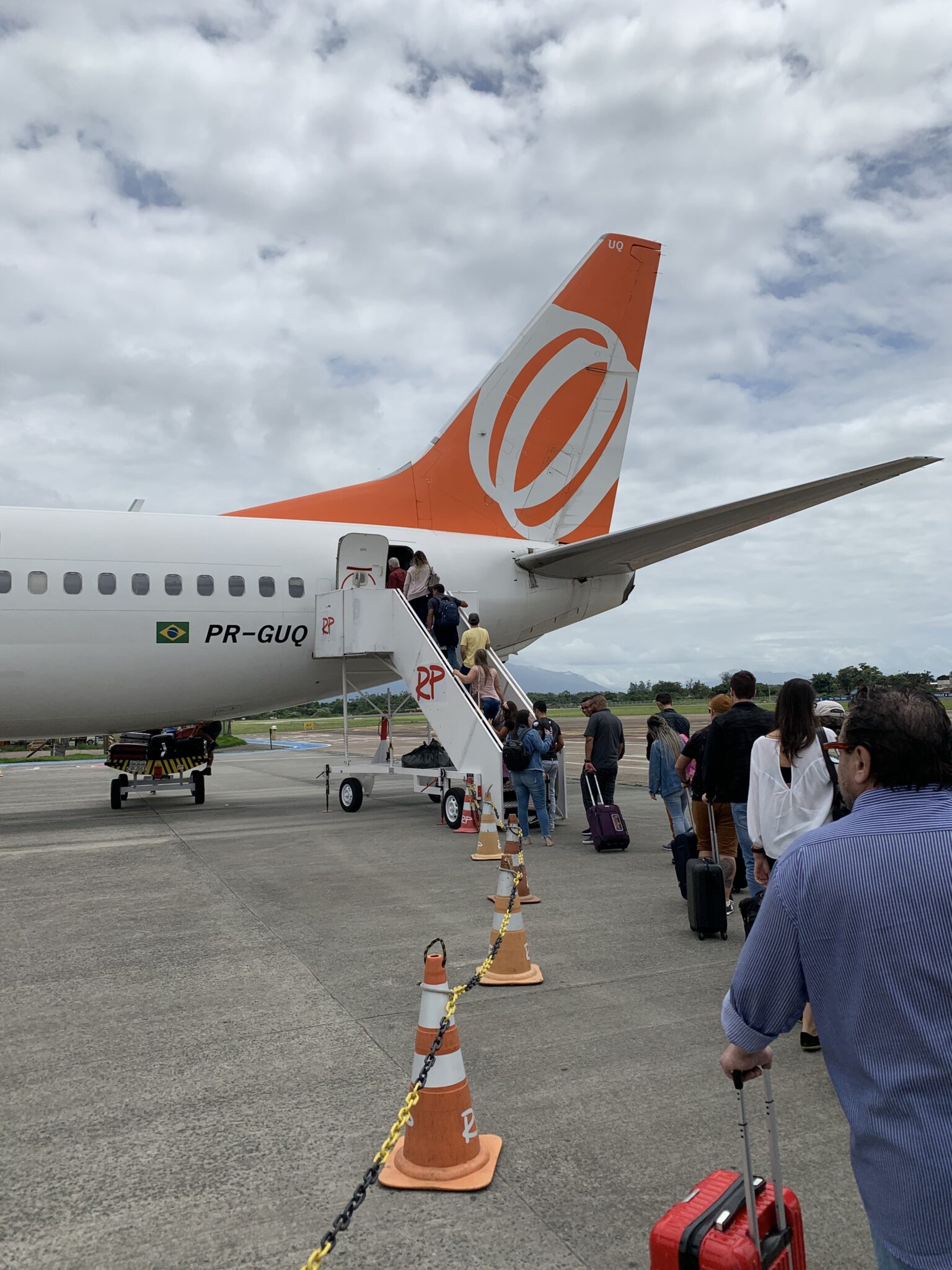 Personally, I love trans-equatorial travel. Crossing this not-so-arbitrary line means a change in seasons, and living in a relatively cold climate, that usually works in my favour.

My most recent trip took me to southern Brazil to visit a close man-friend I met in Vancouver. He lives in the state of Santa Catarina, which is one of the most southern in the country.

The original inhabitants of this region are the Caingangue, Aweikoma, and Guaraní peoples prior to the mass colonisation efforts by the Portuguese, then German, and later Italian settlers. Today, there are aspects of Indigenous cultures present in the area, in particular place names, but not as much as in other regions.

That said, today, a general joke in Brazil is that people from this state are some of the whitest in the country, given its large European ethnic heritage.

Arriving in Blumenau, my final destination, from Vancouver, Canada was no easy feat. Total travel time was about 20 hours with layovers, and I had to take three flights.

Going from Vancouver to Montreal was an easy enough domestic flight. I actually ran into a friend who was headed back to Germany for a bit who I saw off at her close by gate.

However, the flight down to Brazil was close to grueling. Part way through, I looked at the tracker, and the plane was only over Manaus (in the Amazon). Our destination was São Paulo, which was still a few hours away.

São Paulo is one of Brazil’s best known and biggest municipalities. It has a couple of airports, so be sure to confirm your connecting flights are from the same ones.

Guarulhos International Airport (GRU) is the second largest in the Southern Hemisphere and has a wider range of destinations globally.

I arrived in GRU with a few hours to spare. There are various terminals that require further security checkpoints, so account for these steps too. Given the size of the airport, factor in walking time and airport fatigue. However, flights seem very accommodating to late passengers in general.

Customs was relatively quick, and passengers are split between Brazilian nationals and tourists. Lines more relatively quickly, and agents are multilingual and usually speak English (and sometimes Spanish if necessary).

Brazilians benefit from cheap domestic flights, especially compared to domestic ones in Canada. GOL Linhas Aéreas or GOL Airlines is a low-cost Brazilian airline with a hub in GRU as well as the capital (Brasília) and other major cities in the country. Other large South American airlines that operate in GRU include LATAM and Azul.

Finally, after like three iced coffees, I was able to board my third flight to Joinville in Santa Catarina, having traveled for about 17 hours thus far. Here, is where things get a little more complicated to plan and book.

Santa Catarina has a few regional airports. Some of the most popular are the ones in Joinville (JOI), in Navegantes (NVT), and Hercílio Luz International Airport (FLN) in Florianópolis, the state capital. These are all located in the east of the region.

With the exception of FLN, these airports have only two or three gates total and mostly fly out to one of the airports in São Paulo. Essentially, one’s final physical destination is crucial to deciding into which airport to fly.

If you are staying closer to Itajaí and the coast, I recommend Navegantes. If you are staying more inland, I would think Joinville is your best bet. The airports can be a few schlepps away from the major touristic sites (Navegantes is likely closer in general), so taking a shuttle or renting a car will be necessary to continue the journey.

I flew into Joinville, the largest city in Santa Catarina, recommended to me by Thomas. He is who I was visiting, and hey, trust the local.

Located more north, he wanted to show me a bit of the state as we drove south to Blumenau. Florianópolis is rather far south from Blumenau and Navegantes, which would mean flying into there would amount to a three hour drive to my final destination.

Traffic varies too on the highways, so Navegantes might not be that advantageous to fly into despite its closer proximity since people can inundate the lanes either heading to or returning from the beach cities.

Throughout this whole travel experience, I spoke mostly Portuguese with airport staff and flight attendants when necessary. Upon arriving in Santa Catarina, I was surprised by how much German was already present even in the airport itself. Although German language is found on signage, do not expect to hear it that much in public conversationally. It is more restricted to the home with family amongst speakers or in business.

In São Paulo, English or Spanish as functional languages are acceptable as a result of the its international travel base. However, be warned, Brazilians tend to get really annoyed with people who speak Spanish to them. Even in the airport.

I witnessed a woman who was rushing to her next flight through customs with her bag, and a woman working there directed her to the exit. The passenger replied, “Gracias,” which prompted the woman who helped her to roll her eyes and tell her colleague, “Sabe que tamos em Brasil?” [trans. Does she know we are in Brazil?]

On the flip side, a little bit of Portuguese goes a long way. I was only able to exchange Canadian dollars for Reais at the airport when I landed, so I did it first thing in São Paulo. The person in front of me was Canadian and did not speak any Portuguese. When it was my turn, I switched into the language, and the teller’s mood automatically changed. We even had a pleasant chat while she was counting the money.

Useful word to remember, trocar – to (ex)change, NOT cambiar, which is Spanish.

Finally finishing flying, I arrived in Joinville and found Thomas waiting for me. I would bring a change of clothes to switch into something more breathable on the plane before disembarking. Dressing for winter in jeans did not serve me well the first few hours in the tropical sun.

Altogether, my flight cost around 1100 CAD, which is reasonable for the season and amount of travel. International travel to Brazil and from North America (and vice versa) can be expensive, especially compared to domestic travel in Brazil and other parts of South America. For many Brazilians given the conversion rate, it can break the bank. However, Brazilians are still avid travellers.

Flights can be tricky to manage with all the connections. I opted to use a booking site for the first time, which worked out alright. I combined flights with Air Canada and GOL Linhas Aéreas and had to confirm my flights separately. It will be necessary to call GOL’s customer service line to get the right Locator code. Flights can be easily managed on the GOL app, but paper tickets are usually preferred at the gate.

Despite the potential fuss and long waits, it is all worth it at the end (at least in my experience).

Next up, we are looking into the cultural happenings and actual locations in Santa Catarina’s eastern quadrant. Plan your perfect Brazilian vacation outside of Rio de Janeiro, São Paulo, and Recife! Of course, plan to travel after this pandemic stops off course …

One thought on “How to Get to Southern Brazil: A Quick Guide”