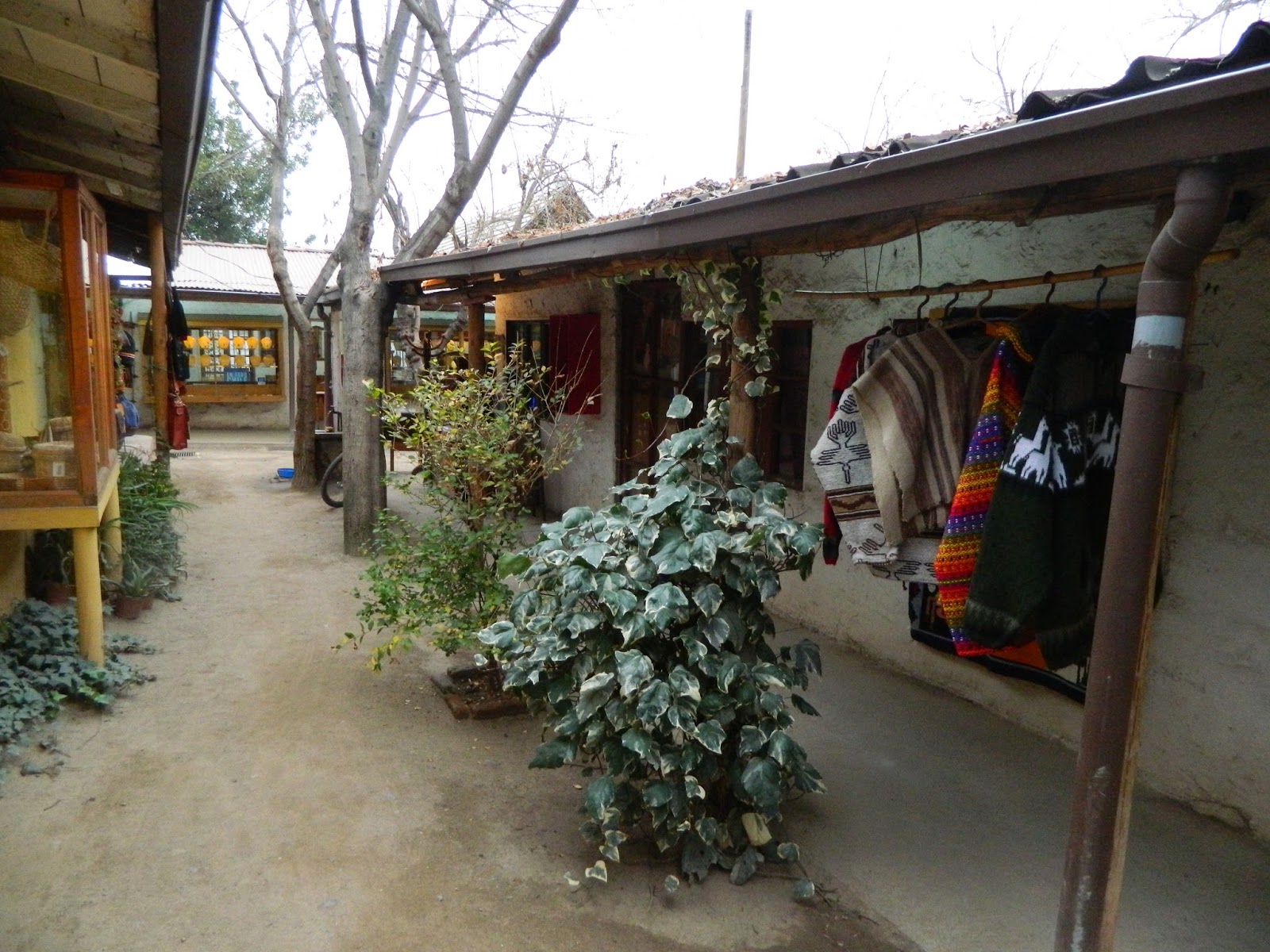 Once again, I “fled” Chicureo to visit the city and was accompanied by my friend – a fellow exchange student. It was pretty great to be in the city again. Recently, I was stopped by a security guard in my Chicureo condominium complex for trying to exit to take some pictures of the mountains. He told me, “es así” (it’s like this) – not a fantastic answer, if I do say so myself. However, no one can stop you in the city. Adventure is encouraged.

We first went to the Dominicos Market. My friend needed to buy some souvenirs for his family, and Los Dominicos is a relatively cheap artisan market. Very touristy, very cramped, and filled with cats, dogs, and birds, los Dominicos is definitely a destination.

Los Dominicos is named as such for it is where a large Dominican church is located. However, my second host mother told me that its origin isn’t important anymore. It’s a tourist trap now used by the vendors of Santiago, Dominican or not.

We later went to Plaza de Armas to do some sight seeing and more bargain hunting. My friend is wonderfully frugal, so we went all over the city trying to find the most authentic, cheapest Chilean knick knacks. To our surprise, we stumbled upon a parade! I was so excited. I asked around to see what all the hubbub was about to later discover it was a Bolivian parade (that explained all the colors). It was actually a big surprise since tensions between Chile and Bolivia have been alive and well since the War of the Pacific in the late 1800s (you can thank the Chilean school system for that tidbit). However judging by the crowds, the parade was well received by all.

Elegant and twirling, the dancers were so amazing. It wasn’t a massive affair, but it encompassed the whole federal square. The dancers were accompanied by traditional music, well, by what I believe was traditional. It wasn’t pan pipes, but they had a wonderful marching band. Though we had to check our pockets at times (just in case), este desfile (this parade) was worth every minute of my time. We returned the next day since the shops were closed last night and discovered that it was still going! There were more parades and music, and we agreed that last night’s spectacle must have been a part of the larger South American, cultural celebration we read about. It was definitely the highlight of my past few weeks.

Only 1 more week here. I experienced more of Chilean culture and the city in the last 48 hours than I have in the last week. The city felt freeing. My feet hurt from walking around so much, but it was a good ache. More to come soon. I am planning on traveling from the north end of the subway to the most southern station next week to visit a former host family. Wish me luck!