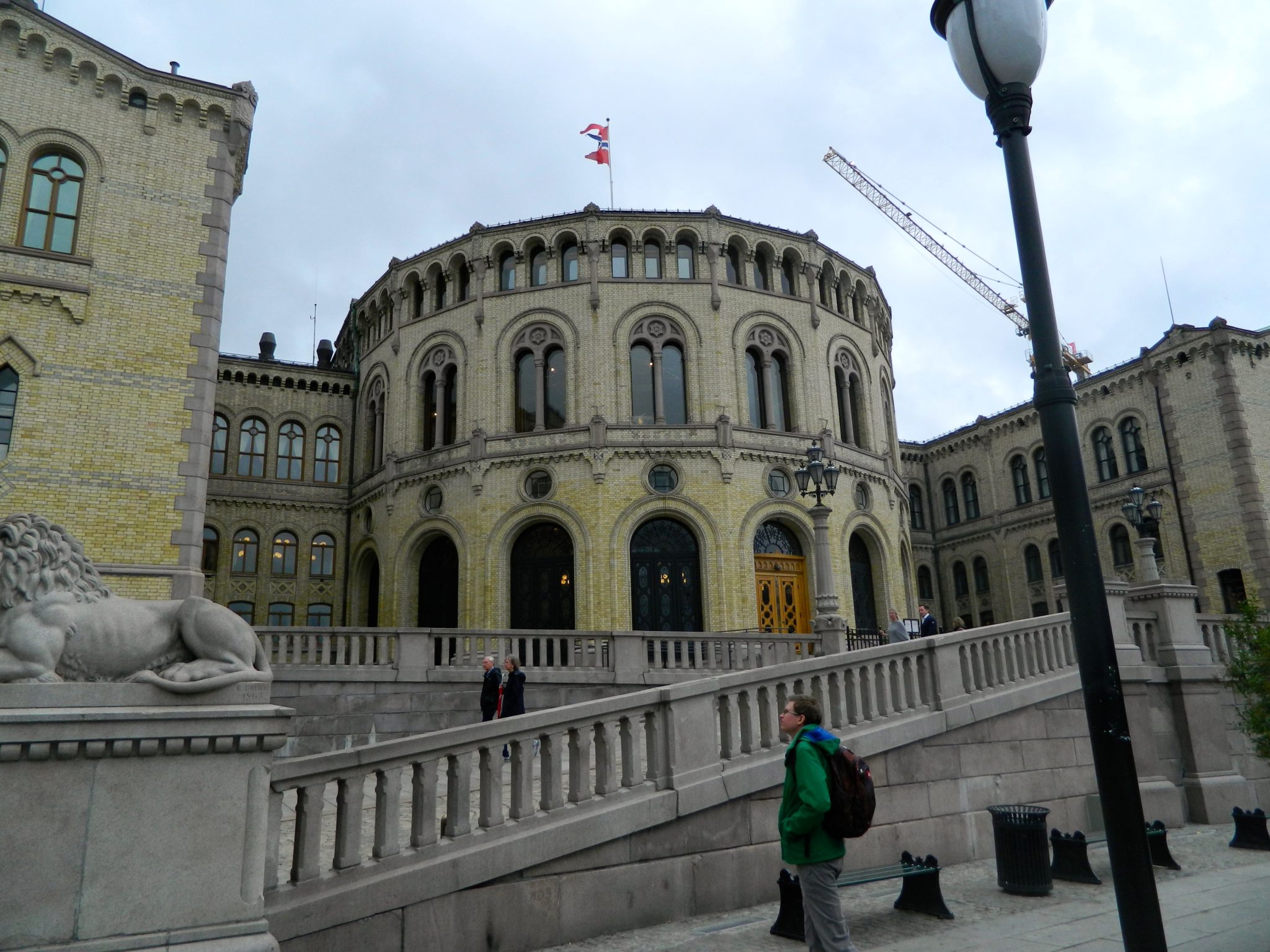 I am currently in Oslo, Norway visiting my dear friend Charlotte ‘Charlie’ before heading out to Lund, Sweden.

My friend lives most of the time now in the countryside by Sandvika, but grew up in Olso: Norway’s quaint, ornate capital. With a romantic heritage of pastoralism and a general consciousness of human rights and equality (as with much of Scandinavia), Norway is no doubt appealing to most, residents, immigrants, and tourists alike. Visiting this capital should be on anyone’s bucket list for visiting northern Europe.

Unfortunately, while I have been here, the weather has been a bit temperamental with rain showers galore. Nevertheless, it has cooled the region, which like most of the world has been experiencing a dynamic heat wave. Plus, with Norway’s abundance of museums, it is perfectly possible to enjoy Norwegian culture indoors too.

One new glorious revelation I am experimenting with is misterb&b: essentially airb&b for gay men. I signed up and made my first reservation with a sweet fellow by the name of Roope. With a lovely apartment in a popular part of town, it was a steal of a price. Unfortunately, he is on vacation currently, so I have not been able to meet him, but even from afar he has been a gracious host. Admittedly, I sort of stressed out as a result of it being my first booking and was concerned that it might have been illegitimate, but it simply was all in my head. Check-in was smooth, and the apartment is glamorous to boot. Takk, Roope!

I definitely recommend this site, but of course I also suggest the use of general caution. Go with one’s gut feeling regarding listings. Nevertheless, the support staff has been responsive and supportive, so if you do find yourself in a bind – email! Try it out – I will refer you, maybe? Your decision.

In my experience, Roope’s central apartment has made sightseeing quite simple. Located next to the main station and with a local like Charlotte, navigation has been a breeze, but I suspect would be too without a guide/friend regardless. Of course, I have consulted with the tourism network that consists of asking random gays on Grindr of tips as well …

Anyway, back to Oslo specifics …

Located on the eastern side of Norway, Oslo is cool (temperature-wise as well) centre of art, culture, and history of the country, established in 1040. With a robust tram and bus system, transport is easy, but in general, it is a walkable city. I recommend the 24-hour ticket for easy, stressless travel throughout the neighbourhoods.

Personally, as I am a glutton, the prices mostly just affect me for food. The smells, the ciders, the baked goods – I want to consume them all! For a quick round of what I am talking about, I suggest visiting the Mathallen Oslo, a food hall with eclectic cuisine and aromas. The area to the east of the hall, Grünerløkka up until around Rodeløkka, is a trendy neighbourhood full of Scandinavian shops and foreign eateries that a perfect for window shopping beforehand as well as some other tasty looking restaurants.

As I have mentioned, the weather in the city as I write this post is less than optimal. With spritzes of rain and wind, the tourist-filled boardwalk of Aker Brygge is a little less pleasant than usual. However, I highly recommend strolling to the end of it to visit the modern art museum: Astrup Fearnley Museet.

Located in two buildings, one, a permanent gallery and the other, rotating, witness high class contemporary art in a bustling yet minimalist setting. The cost for students with valid ID is 90 krone, and general admission is 130 krone. Currently, if you leave a review on Yelp on their tablet, you will receive a free tote bag from the exhibition – I Still Believe in Miracle. Highly abstract with textured pieces as well as photography and graphic prints, it is exactly what one would expect in such an institution.

If one does not want to spend the money, the walk around the museum is also quite the spectacle with a view of the Oslo coastline, frequent ferries, and even the occasional swimmer in the museum’s artificial cove. Before or afterwards, the newly constructed and chic apartment and commercial plazas with eclectic eateries are a great stop for a mid-afternoon bite and beer (øl).

Spending so little time in the “big city”, Charlotte and I have been moving, fast. But, luckily the city itself is rather compact, so quick touring is an honest feat to accomplish. The suggestions here are enough for a full leisurely day for sure, but one could definitely squeeze some more sites in before the sun sets too …

This post was the first (of many) on the new site. Phew. It is so much easier to format and edit. Thank goodness we moved over. Up next, we will take a slightly more intimate look at some of Oslo’s more touristy and famous sites including the Viking Museum as well as some that are off the beaten path, like the Holocaust studies centre. Stay tuned for more Scandinavian tourist tales …

One thought on “My First Misterb&b Stay: Oslo, Norway”