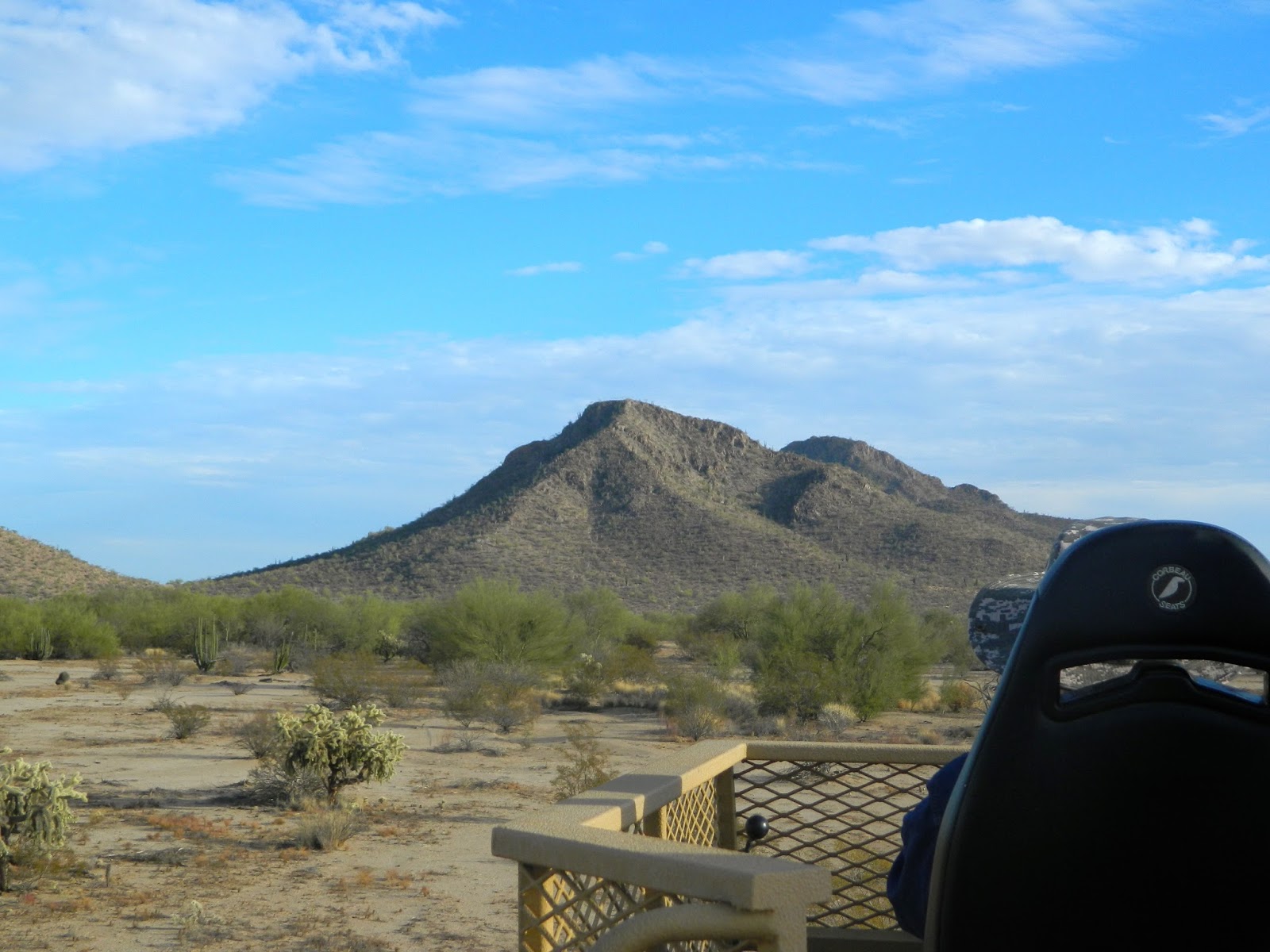 I am still in Hermosillo, watching telenovelas and recovering from a short stint of stomach flu I contracted over Christmas. However, the scenery has changed a bit. After a short drive of about two hours from the main city, my friend’s family and I headed up to their rancho in the Sonoran desert.

A hunting lodge of sorts for ciervo/venados (bucks) that Mexican kween’s, Balba’s, father owns, it is a luxurious, somewhat dry estate (dry in reference to the climate), which mostly caters to American patrons. Se llama Rancho el Volteadero, if anyone is interested.

*The ranch gets its name from a certain mountain that rests in the property, which shepherds would use as a reference point to turn back.

Personally, I am not 100% comfortable with hunting, but since it is not my business and also her father is changing to more tranquilizing — I can agree with it more so. Balba’s father manages the various populations to an extent to ensure there is enough game for patrons. For this reason, I do not possess an overwhelming amount of guilt staying here. At least, not any more guilt than usual.

However, I do not think I will ever be used to having taxidermy everywhere. ¡Guácala!

Apart from the hunting aspect of the ranch, I am very much enjoying the ol’ western backdrop, cacti and all. The Sonoran desert stretches between both the Southwest United States and Northern Mexico and is home to an array of species including peccaries or pecarís (desert pigs) and giant saguaro cactus.

Jackrabbits also abound, as well as mule deer, quite literally, bouncing through the dust and gravel. Desert bighorn sheep are also a sight. The males have the larger curled horns and tend to ram into each other. Men …

Mountain lions are also present, but thankfully not at the ranch because that would make hunting very difficult. But, if you are lucky, you might just come across a tarantula or two crossing the road at night.

This desert is also prime chupacabra habitat if I do say so myself! Um, yeah, so I have mentioned this fact before — I love cryptozoology! So, yes, I was personally hunting chupacabras. So, watch out for those little pinches bastards if you are just roaming around the Sonoran desert.

Personally, my favorite aspect of the desert is the cacti! Like any good millennial, I love myself a good cactus. Not just saguaro, but more modest varieties like palo fierro, palo verde, and mezquite call the desert their home too. Palo verde and palo fierro are easy to tell apart, as one has a large, thin green trunk (hence verde) and the other grey. However, both have wispy, leaf anointed branches with little spikes. The fierro variety is called such as a result of its tough nature, which makes it perfect for wood carving. *Fierro means ‘iron’.

But, the cina are likely the most common type one will happen across with its various arms. It is a medium sized cactus found in also the neighbouring southern state, Sinaloa. It is well known because it produces dragon fruit! Another type, less interesting, but also a cactus is the choya. No dragon fruit with this one, but it is another common medium/small sized waxy plant that has a spiky nucleus then-bam-an explosion of little branches. It might be cute, but do not hug it! The nearest hospital is two hours away.

The desert also is principally the territory of Indigenous groups like the Seri who speak a language isolate and have complex cultural practices in concert with their desert home.

Interestingly, their language has a relatively high vitality. I say this knowing that a state over in Chihuahua (after a wonderful seminar course I took partially in partnership with the University of Arizona about Indigenous education), some communities still are in the process of promoting and maintaining their languages and culture with more urgency.

Another Indigenous group in this area are the Yaqui whose language belongs to the Uto-Aztecan family along with Hopi. They are known for an iconic dance with a deer head headdress, which is appropriate in respect to the fauna.

In general, the desert can be a little too hot for comfort during midday, so the afternoon is better to to venture into the bush. We went around 3:45 PM and arrived back around 7:30 PM with a buck. I myself did not do the hunting and did not overly enjoy having to help with the moving on the animal, but driving the safari-esque monster truck back was quite the experience if I do say so myself. Thankfully, not much goes to waste here, and the animal is butchered and will be eaten.

Trust me; I saw it happen. I saw way too much of it happen to be honest. Be glad I am not showing you! My friend who is studying kinesiology had a blast however if that is any indicator of what I visually endured. I kid. It was not that bad.

We are going back to the city tomorrow, which will be nice because I did not pack enough articles of clothing for this outing. No matter if I shower, by now, whatever I change into will make me smell ripely of dust and possible deer. So, fresh socks and sweaters will be much appreciated for sure. Up next, we have New Years (of course), a baseball game, haircut, and maybe the beach? I told you things are picking up! Stay tuned!

3 thoughts on “Home, Home on the Rancho: Lite Desert Living”