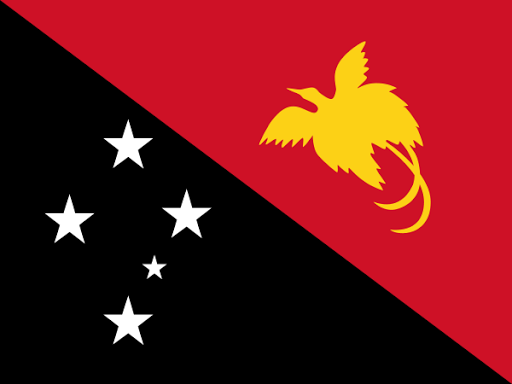 Everyone wants to go places. Be it to NYC, Taiwan, or the grocery store, people want to go (possibly as a result of our repressed, inner nomads). Who knows? Anyway, as we all want to go places; that means, we all must have our own specific, personal destinations too.

This list is of my Top 5 Personal Destinations. There won’t be any weeping or revelations (don’t worry); this is simply the 5 places I personally want to visit. This list is sure to change with time, but for now, these are my dream destinations. So without farther adieu, here is the list (in order of personal importance) …

The majority of people want to go to a tropical island, right? Same here. However for me, I have other plans than laying around on a beach slowing getting skin cancer if I ever go to this paradise (that does sound nice though). Papua New Guinea boasts a crazy amount of biodiversity and, not to mention, an amazing landscape.

Supposedly, there are bioluminescent, bat-like pterosaurs called Ropen living in the island’s remote caves. I know what you are thinking – this guy has gone nuts. If you have ever perused my blog profile, you may have seen one of my interests is cryptozoology. Literally it means “hidden zoology” and pertains to the study of cryptids (folkloric creatures like Bigfoot). Ropen are a part of this pseudo-science as well. Though the existence of flying, prehistoric lizards is in reality preposterous, it would still be exciting to explore the remote jungles and mountains “in search” of these fantastic beasts.

One of the coolest things about traveling is learning about foreign superstitions and legends. In a remote land like Papua New Guinea, I am sure the culture is full of even more mystery and suspense.

Finland is probably one of the more obscure European destinations. Nevertheless, it’s one of the few places in Europe where I want to go. I don’t have anything against Europe; there just aren’t many places I want to travel there. However, Finland is on the top of my list.

There are two things I want to do in Finland: Learn to herd reindeer in the Sápmi and see the Northern Lights.

I am a wannabe nomad. I would love to be constantly moving around (moving reindeer for example). Living in the Sápmi would be so amazing, and learning how to handle Santa’s little helpers, not elves, would be very useful for my future. I plan to retire and become a nomadic animal herder. Learning to herd reindeer in my youth would be … proactive.

More serious though, it would be interesting to experience an amazing subculture like this.

Secondly, I want to see the Northern Lights. I know you can see them in many northern countries, but if I were already up there with my reindeer – why not see them in Finland? I have read multiple lists of what one must see before their death, and the aurora borealis seem to always pop up. I hope I can accomplish this feat and see the dancing northern sky one day.

India is synonymous with diversity. Having multiple official languages, a seemingly endless amount of ethnic groups, and a wonderful variety of religious sects, India may indeed have it all. In my opinion, it is impossible to simply explore India in one go. It would probably take years just to get to know Mumbai. For that reason, I have already pinpointed and planned my most desired location in India: Goa.

Located on the Southeastern region of the subcontinent, Goa was colonized by the Portuguese and later became its jewel of the south seas. Goa was very lucrative for this Iberian crown.

It’s also a biodiversity hot spot. With such a lush, tropical climate and warm, blue sea, why wouldn’t Goa attract all the wildlife? With beautiful beaches, an “East meets West” culture, exquisite cuisine (fish curry anyone?), and a marvelous assortment of fauna, Goa is right up my alley.

السلام عليكم و رحمة الله و بركاته. I won’t pretend to know Arabic, but it would be a nice language to understand in Morocco. However, I feel like I read somewhere that Berber (Moroccan Arabic) is really different than the majority of the other dialects. Either way, I doubt the language barrier would ruin my experience in this wonderful, Saharan destination.
My reasons for going to Morocco are actually kind of shallow.

I have never gone to Africa (blame my fearful parents on that one), and Morocco would be a good start to discover the birthplace of mankind. This is actually quite a shame. Islam is a really neat religion, and everyone should have the right to learn about its origins and customs where they are natively practiced.

Another reason I want to go to Morocco is because I want to go shopping in a bazaar. Yes, I know – it sounds very shallow and well frankly, stupid. Why would anyone travel thousands of miles just to go bargaining? Personally, I love marketplaces and I believe that they show a different side of a culture. I think a mere thirty minutes in a Moroccan market would be eye opening and fascinating. You can learn a lot about a culture by what the people sell and buy. Maybe that’s why everyone knows Americans are hunky and skinny youths? At least … if one judges by all the Hollister this new generation consumes.

Genghis Khan, Bactrian camels, and khoomei (throat singing). All these things and more were born, bred, and are iconic of this wonderful, Central Asian nation: Mongolia. If someone gave me the opportunity to live in Mongolia for a year, I’d jump at the occasion. This ancient land is a location my sister and I both want to go to. She wants to study anthropological medicine there, and I want to be a nomad: different lives, different dreams. Nevertheless, Mongolia’s enchanting nature has already mesmerized this family. Mongolian is also a language I want to learn.

Even though, it is in theory extremely difficult to pick up, it is a challenge I am more than willing to accept. How else can I retire as a horseback rider in these rolling plains?

Mongolian nomads are pretty wicked. Moving around constantly in yurts, hunting with eagles, and living by a growing refrigerator of a desert (The Gobi), they live the life. Even if I couldn’t experience life as a nomad, I’d visit at least to try to see the rare wildlife.

The Bactrian camel, of which there are probably less than 900 in the wild now, and the Przewalski’s horse, the once thought extinct wild equine, are both residents of the Mongolian steppes. Though both are extremely rare and endangered, I’d be sure to use every muscle in my body to try to witness them. That’s if I ever get my ass to Mongolia. Cheap flights from the Midwest to Ulaanbataar are slim, and does anyone like connections?

I’d love to hear about your future travel goals. Swim in the Aegean Sea, learn Kabuki theatre, or dance the cueca in Chile?

It doesn’t matter – adventure is adventure, no matter where you are. So please, where would you go if you could? Comment below.

More to come about my future travel plans – stay tuned.

*Moroccan Arabic is specifically called Darija, not Berber. That is something for another time – Sorry for my confusion.