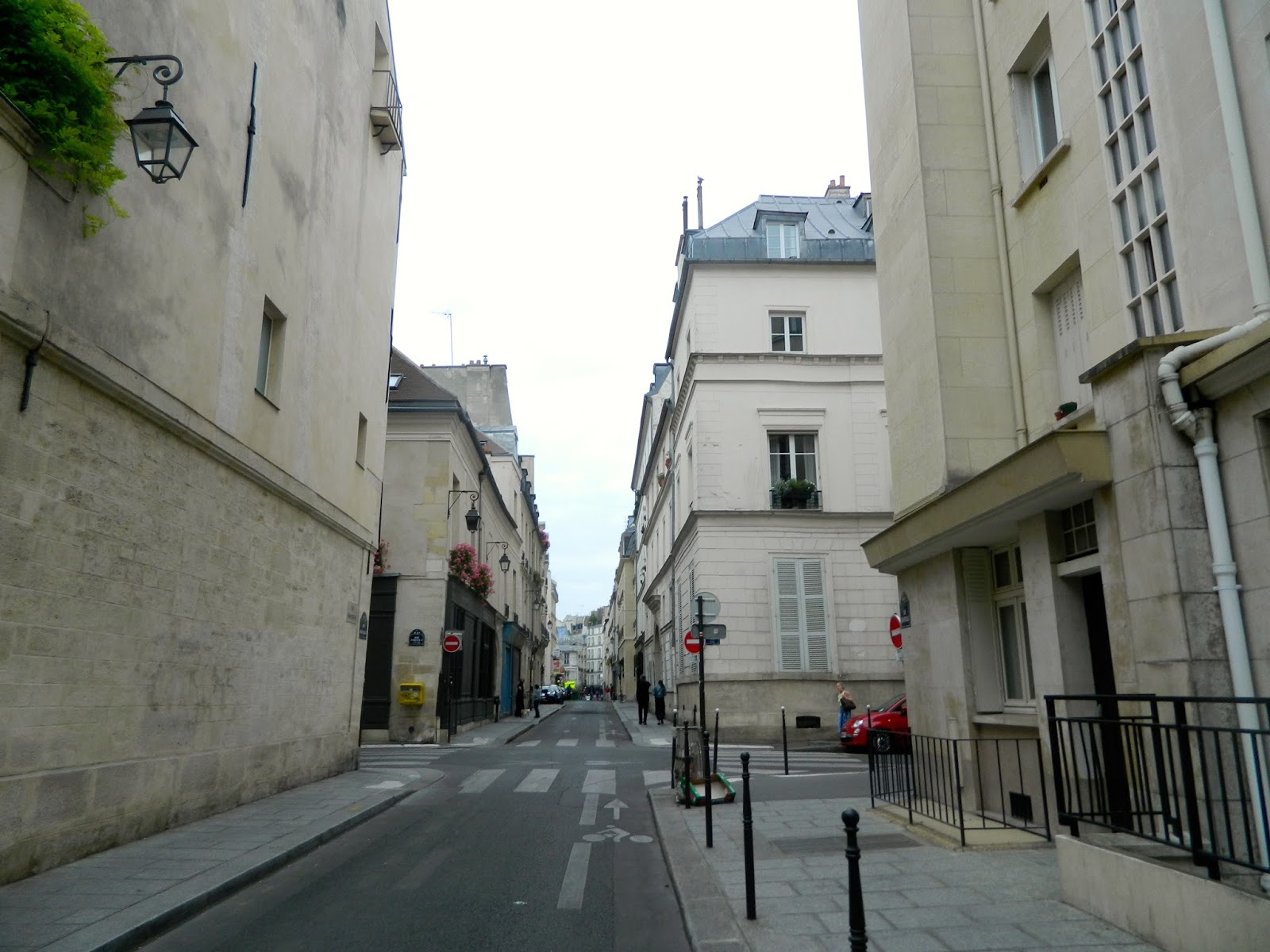 Getting to the 5th arrondissement was more difficult than I expected. A delayed plane meant fast walking in L.L. Bean boots through a city I am, for all intents and purposes, illiterate in to arrive at my friend’s flat at a time that did not deviate too much from the one I gave her. Little did I know that there is a time difference between Ireland and France, so I was already an hour late.

Despite my condition, I did get to see the city, passing by the Sorbonne on the economically priced Roissybus (it is so easy to use!), strolling next to the exterior of the Louvre, catching a glimpse of the Eiffel Tower crossing the Seine, and making my way past Notre Dame to get to Adèle’s apartment across the way was worth the long, hot summer walk and developing blisters. It was an informal tour/ a first introduction to Paris.

Meeting up with Jessica after a little rest in the Le Marais neighbourhood, it was dinnertime for Adèle and I. For me, Spanish and French are similar enough that I can understand menus; thank god. I am exploring tomorrow by myself while my friend goes to work, so I will need all my wits and knowledge (to spend as little euro as possible).

Here, Adèle further explained to me that there is a metro line close to where I was dropped off at L’Opera that goes more or less straight to her neighbourhood. I ate my bitterness away with the butter and sugar crêpe that was included in the price of my fixed meal.

Try the Crêperie Beaubourg for a simple, cheap taste of French cuisine. Even basic French food is a little expensive (like most things in this city), so do some research and exploring to get the best price for yourself.

After dinner, we walked to an island on the Seine named Saint-Louis for some ice cream. Paris at nighttime truly is spectacular. I honestly did not believe the hype of how beautiful this city is, but now, I believe all of it. However, could I see myself living here? Short answer: No.

As it turns out, my friends could not be tour guides in this capital. They joked with me that the city was new for them too. They do not know certain landmarks, but they do know where to get a quick bite to eat. What more do you need to know in a city?

The evening was finished with a stroll by the Seine. The amount of tourists in Paris is not surprising, but still annoying. We, foreigners, are literally everywhere. Paris’s lovely atmosphere this time of year lures many to its brightly lit streets. A little walk by Notre Dame at night is recommended. It is stunning.

The French people’s notorious/stereotypical unfriendliness (that even my friends have noted) so far has not affected me, most likely because I am staying with friends. We shall see tomorrow I suppose.

Oh no! It is done. I am captivated by Paris. I need to take more pictures! Everything here is gorgeous – the buildings, food, the people (for the most part). This odd old woman snuck behind me on the subway to skip the fee, looking a little worse for wear. It was a strange end to the evening. Besides that, I am excited to see more of Le Marais, the Luxembourg garden, and perhaps even the Eiffel Tower up close and personal, not from a far. Stay tuned!