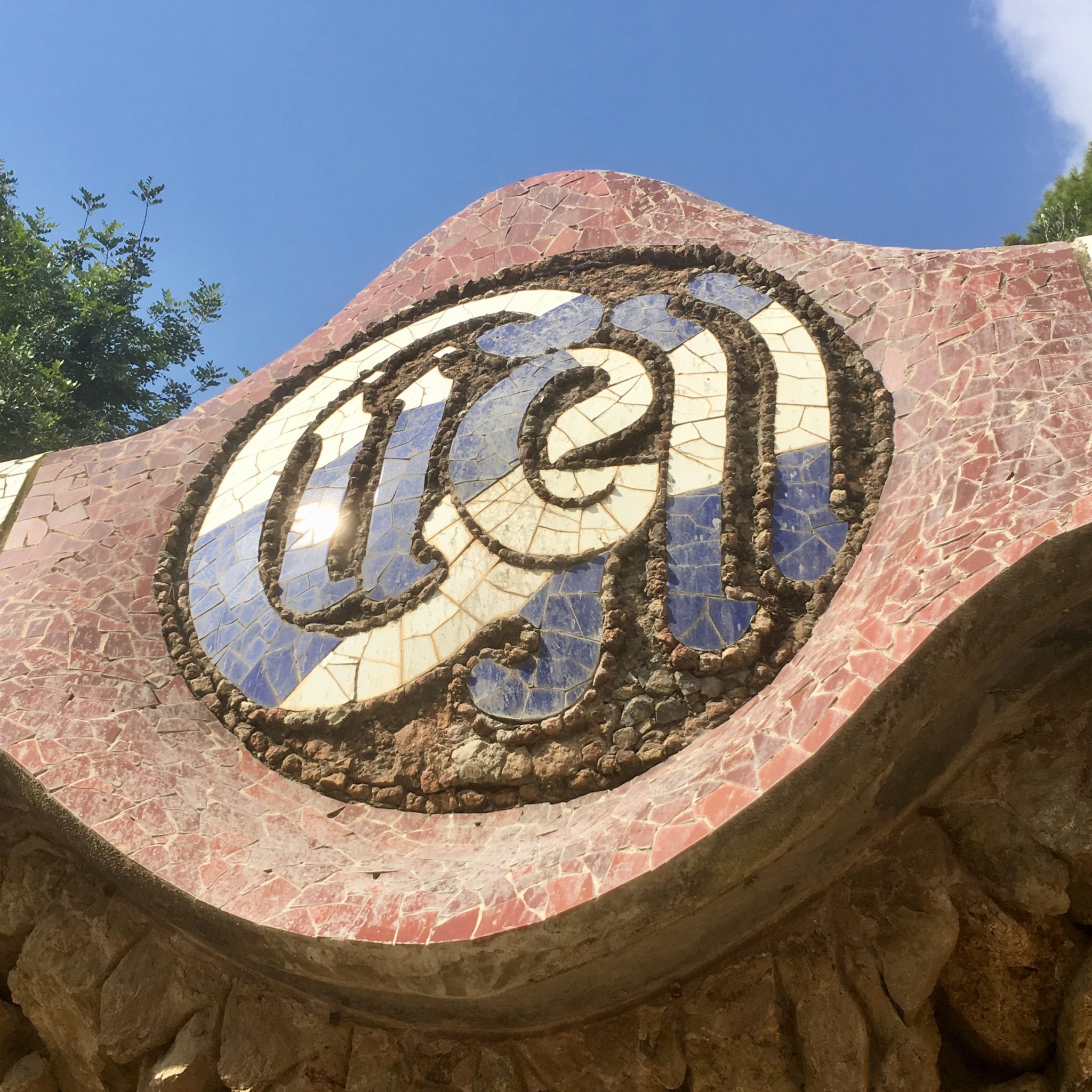 Last week, I engaged in the time old tradition of exchange students taking a trip when we should be focusing on our studies. My destination of choice? Barcelona, Catalunya!

Located on the northeast coast on the Iberian peninsula, the autonomous region of Catalunya within Spain is a unique cultural and economic powerhouse with a rich history of the arts and trade. Barcelona had always been a location I have wanted to visit for awhile, and now that I have, I am so pleased with my decision to leave autumnal Lund for Spain even for a bit.

October is a great time to visit this city, as during the summer and spring, it is uncomfortably crowded. The masses begin to thin during this month, but still, do not expect to get the perfect picture of la Rambla without people.

Barcelona is one of the many cities in Europe that has been experiencing over-tourism. If one is inclined to visit, I recommend the off-season, which includes the fall and mild winter. The beginning of October is nice, as it is still warm enough to go to the beach, which is a pastime both locals and tourists enjoy when the sun is out.

Before I ventured down south, I messaged local travel blogger (and attractive man), Borja the Gay Explorer for some suggestions on where to go in his city. He supplied, but as I look back, I actually did not do any of his recommendations other than going to Arena Madre nightclub (which is one of a sort of catch-all brand of gay clubs in the city). For free entrance, order a drink at Punto or Moeem on Thursday; they give out tickets for Friday parties!

As one can figure, for a good night out, I recommend l’Eixample, which means ‘expansion’ in Catalan, and is the district to visit for queer clubbing. Towards the beach, there are more classic venues like Opium, which are generally popular as well.

Before I get more into the fun of the city, I must say a few words on my accommodation.

I stayed with misterb&b once more, which was definitely the correct method for this type of trip. I was located close to the Plaça de Catalunya, which is conveniently where the aerobus (airport buses) drop off and pick up tourists on the regular.

Easy to check-in, central, and impeccably clean with one (anxiety-inducing problem): We, that is Croatian goddess Nina who was escaping the chilly Scottish climate and myself, found a copy of Mein Kampf (Hitler’s manifesto and biography) in the room we were renting.

What the fuck. What. the. actual. fuck. As a Jewish person, I was shaken to say the least and was thinking about it the whole day while out after its discovery.

Why was it there? When did he come into possession of such a book? What does it mean?

As we had already spent the money on the room as a result of misterb&b’s payment method, we could not really afford to change housing. And, we were not going to confront him. How could we with so many potentials?

Luckily, during misterb&b exit reviews, one can leave a confidential note to the company. Well, this post still is pretty confidential, and I am justified to point out how gross I felt after finding that book. If someone really wants to know the details, contact me privately. It was inappropriate and terrifying at best, and at worst, I do not want to think about it. But, worst-case scenario, he deserves to be publicly outed.

There are some things that one can never expect while renting a room from a stranger nor are prepared to handle in an instance.

Always travel safely and be aware of all your surroundings, including the places where you are supposed to feel at home. I guess I must just wait to see how misterb&b handles this situation, which will be telling to say the least. I am not sure what actions are possible to take …

Anyways, off the topic of anti-semitism in Europe … Barcelona is nonetheless a lovely location.

As someone who enjoys learning about minority languages, visiting somewhere that is completely functional in its regional language is heartwarming and exciting to do. Catalan is a Western Romance language related to Occitan and Aragonés. It is the official language of Andorra and recognized in the Balearic islands, Catalunya (obviously) and Valencia, which has its own variety referred to as Valencian.

It is inaccurate to say that it is a mix of French and Spanish; although, it does appear so in some ways. However, Catalan developed just the same alongside its sisters and is by no means a fusion of them, rather, it represents a piece of a continuum.

Although it was banned during the fascist Franco regime, it has a strong public presence that cannot be ignored, especially in Barcelona today as a result of historical resistance and modern revitalization and pride.

As a result of these cultural and linguistic distinctions, Catalunya understandably also has historically sought more autonomy from the central Spanish government to add ‘political distinction’ fully to the list of what makes it unique.

As one walks through the many alleyways of the city, the yellow and red stripes of the Catalan flag fly on balconies, signs calling for the release of political prisoners are common, and the iconic yellow ribbon motif in support of the same cause litter sidewalks and walls. It is a conversation that perhaps a tourist maybe should not engage with openly with locals without having a balanced, informed response. Many people are for independence, and some are very much against it too. Just be prepared to defend your opinion, I suppose.

Aside from the language, another aspect of Barcelona that I thoroughly enjoy and am already looking forward to in my return is, of course, the local cuisine. Quite diverse in ingredients and recipes depending on one’s general proximity to the mountains or the sea, food in Barcelona is unsurprisingly and accessibly sourced from the latter bounty.

Salted codfish, snails, and tuna are commonplace. However, one would be missing out if jamón serrano (cured ham) or pa amb tomàquet (tomato paste on bread) were absent on the table.

One of our favourite places to visit (where we went twice in fact) was la Alcoba Azul in the Gothic quarter (Barri Gòtic). With 2.5€ vermut (vermouth) and decently priced tapas, it possesses an inviting, cozy vibe. With some very attractive moustached bartenders that have their own Piqué-esque charms and a bunch of expatriate Italian waitresses, the staff is also a reason to go – everyone is so nice and friendly!

As there sometimes is a wait, we also recommend hitting up the quaint hole-in-the-wall known as Spritz about a ten minute walk from the venue after leaving one’s name at the bar. Come back with the drink (perhaps an Aperol Spritz?) in hand and enjoy the scenery and nighttime.

As for daytime activities, most of the main, touristy sites in Barcelona are always crowded, which make them less attractive for sure. I would not pay to enter the non-free interiors of the Sagrada Familia or Parc Güell, the Catalan architect’s, Gaudí’s, most famous works, the former still unfinished.

Definitely go for a visit, but save the time (and money) and just stroll through. Not worth the crowds or hassle!

Personally, I recommend just wandering around and visiting any local shops and cafés that seem interesting. Then, take a siesta and get a late dinner (10-12 PM).

Barcelona is by far one of the most thrilling and beautiful cities I have been to. Certain areas remind me of Quito, Ecuador, others Valparaíso, Chile, which leaves me ‘homesick’ somewhat for some of my favourite places in South America. Of course, Barcelona is still entirely its own.

Probably, one of the aspects of the city that I like the most (at least given the time) is that I am fully functional there with Spanish unlike in Sweden with Swedish. I do not feel like an idiot (or am made to feel like one) and if someone is condescending or dismissive, I can bite back a bit at least.

Would I live in this city? In a heartbeat. Now, would I be able to find fulfilling work? Eh … I will cross that bridge when I come to it. I would have to brush up on my Catalan, which new residents to the city can do through free classes.

I will definitely be back (not at the same residence of course …), but Barcelona has not seen the last of me. Boig per ella!

I am back in Lund now, settling into a brisk autumn in Scandinavia. Nothing I cannot handle. For now, I am in Sweden, but come November, I am headed on a new adventure to Rome, Italy. More wine, more carbohydrates, and of course, ruins (and bearded gentlemen). Stay tuned …