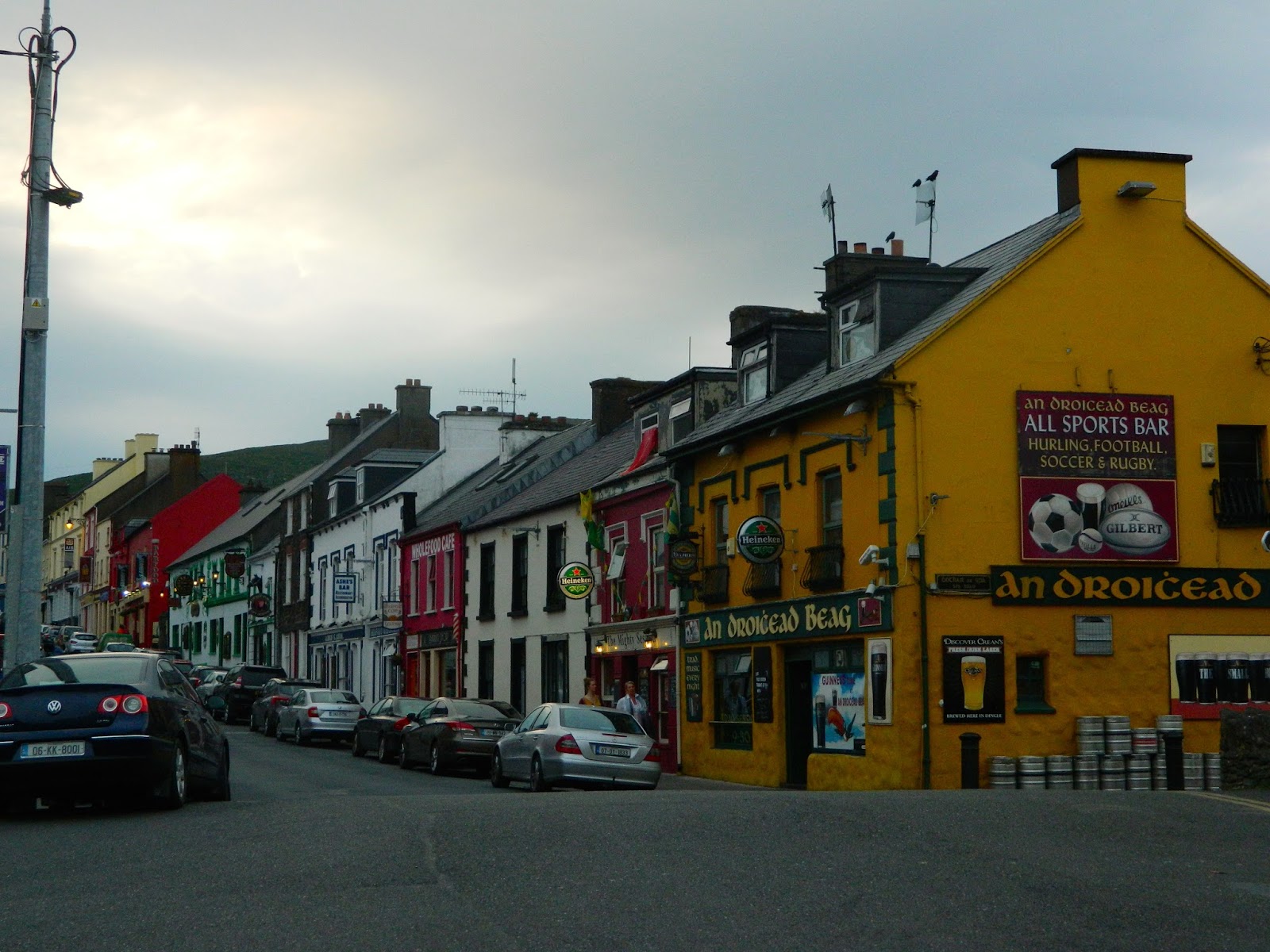 I say this about many places I travel to, but I want to live in this country; I do.

I was only in Ireland for a week, but was taken back by this country’s charm and liveliness. I often personify nations (which may not be the best practice) and would characterize Ireland much like the multitude of its men I have met here: Dashing, witty, and often bearded.

Ireland’s natural beauty is almost matched by its rich, ancient cultural heritage that is still alive today. The Celtic roots of the Irish are visible in the street music, endemic Gaelic names, but not more so masterfully displayed than in the gastronomy of Ireland’s recent food renaissance.

There is active connectivity between the people and the earth. As the hostess of a bed and breakfast told us, until recently, the Irish didn’t know that food could not be local and people would pay to visit to eat good Irish cuisine.

And, the Irish still do not want anything to do with industrial agriculture or what comes with it – music to my ears. Try mushy peas, delicious Irish stew, and of course, have a Guinness when you stop by.

However, the Emerald Isle’s residents were certainly its highlight for me. As I stated indirectly before, the nation’s men are not too shabby, and the majority of the citizens regardless of gender have been open-minded, polite, and curiously friendly.

If you come to Ireland, do not be surprised if you just start a conversation with someone out of the blue that goes on for some time; it is to be expected.

The living Irish are not just who I have taken a liking to. Before you arrive, investigate a few Irish novelists and poets; their lasting presence is still felt today through the respect the Irish have for them and their literary service to their nation. Some of these guys were incredible, unbelievable individuals.

Nature is an all encompassing force on this island. Whether it is scenic pastures, the gardens of a castle, or the weathered monuments of the druids, the outdoors is held in high esteem and still very much a part of life, especially for the more rural communities. Visitors should hike, kayak, run, fish, and hunt with hawks through scenic spots along the coast or within the townships. Ireland is for the active.

Despite all of this, Ireland and the Irish, a nation and people, have been through much in their collective history – famine, racism, invasions, and warfare.

This has resulted in a tumultuous history (especially in its relations with its northern neighbours). But now, all that appears to be over, and the nation seems to be surging proudly into a progressive future.

I will definitely be returning to Ireland – maybe as a temporary/permanent resident, for a honeymoon, or maybe even a marriage as a result of the country’s recent torch bearing movement toward LGBTQ/human equality.

Whatever the reason, I will surely be traveling back to the land of a hundred thousand welcomes (céad mile fáilte in Gaelic) for a pint and whatever else falls me.

The only question is when.

Get ready! Backpacking is officially beginning. First, it’s off to the arrondissement du Panthéon (fifth arrondissement) to see some friends from Peru. Let’s go to France everyone. First time! No French! Merde … Onward and upward we go! (By the way, this was our 100th post!)