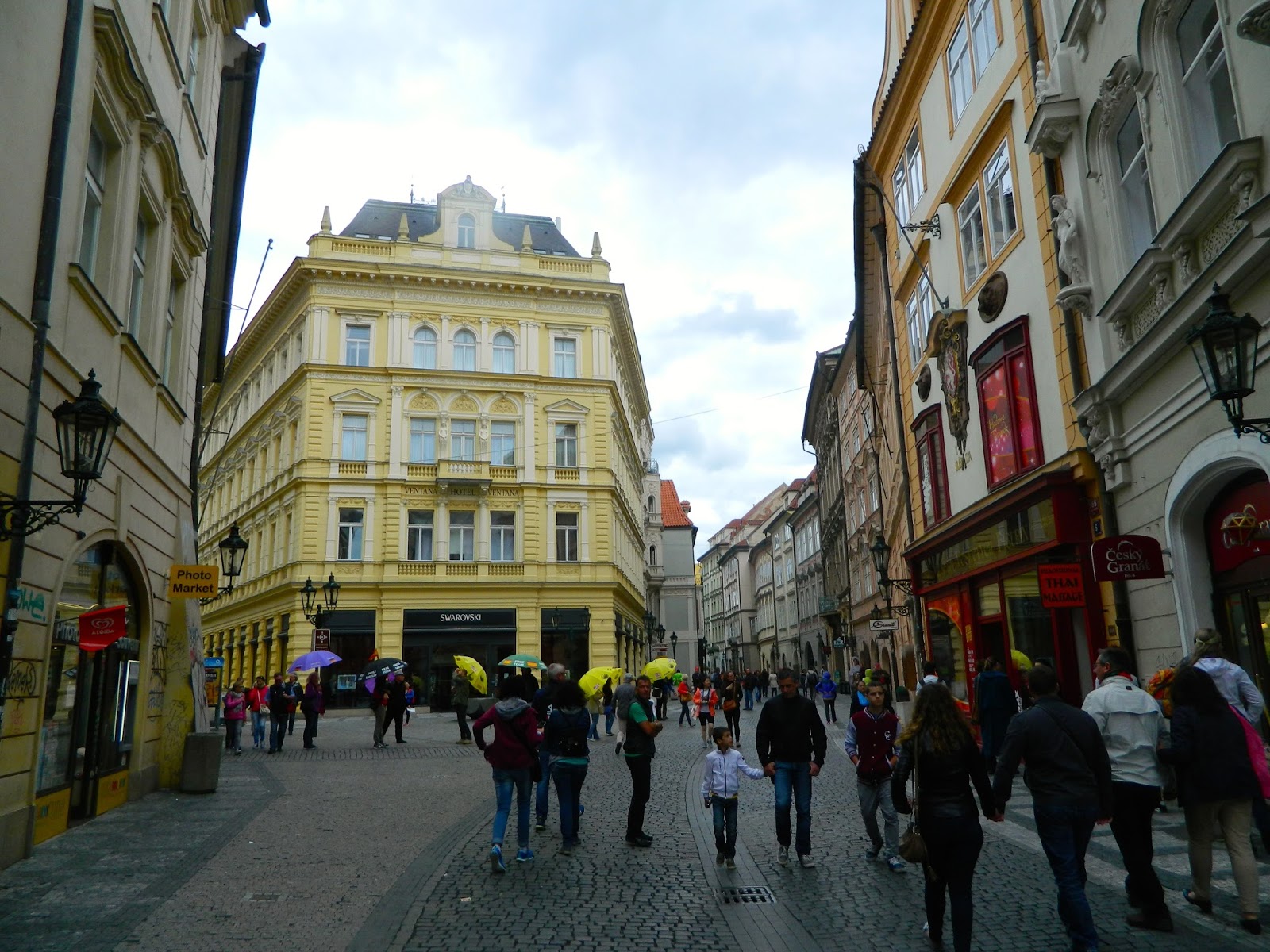 Oh, Czech Republic. What am I to do with you? Or, more realistically, what have you been doing to me? I have used the Czech Republic as a base of operation (more or less), arriving and leaving from Prague, a wallet friendly capital with always something to do, while I have traversed through central Europe before heading south to Croatia.

I have become used to the reserved Czech attitude, and hopefully, the people here have become used to me – another tourist in their land. I cannot count the amount of times I have told someone, “Prominte,” for any number of reasons … Forgive me Czech people!

First arriving in Prague with the backpacking gang in mid June, I was introduced to the outstanding historical significance that this region holds and was ultimately humbled by the events that have created what today is modern Czech heritage.

Long wars, the Nazis, then the USSR. So many have passed through Czech borders, and now, the Czechs face another imposing danger, tourism. As my friend Nina said, what she liked most about Amsterdam was that the residents embraced the tourism, the excitement and constant stream of foreigners (for interpersonal and honestly, the economic benefits), but here in Prague and the rest of the Czech Republic, it seems the country would rather be left alone.

I would have to second this assertion. But, I would not let that stop anyone from visiting this region. As long as you are respectful, are not the boisterous stereotypical tourist, and speak a minimal amount of Czech, there is little animosity.

Like many travellers before me, I agree with the statement that the root of any culture and/or nation is its/their language. Czech is a central Slavic language, highly mutually intelligible with Slovak and apparently to a degree with Croatian, a southern Slavic language (if we are to trust Nina …).

It is certainly part of the wavering, loosely defined national identity and as a visitor to this land, it is at the utmost importance that you come prepared to fumble your way through this tongue.

A simple, ahoj/ hello (uh-hoy), dekuji/ thank you (de-kwu-yi), and prosím/ please, you’re welcome … almost universal (pro-seem) will get you far. Do not fret if you eventually get overwhelmed in conversation or with the basics, the younger generations most likely speak some degree of English (anglicky) and some may be happy to practice with you.

But of course you must remember, this country was under Soviet control until 1989, so the older population sadly may not be the ones to turn to if you become lost or cannot read a street sign (unless you speak Russian).

Gastronomically, Czech cuisine is the typical hearty European. Stews, meats, and bready sponge-dumplings are commonplace; this is not a country for vegetarians. I have been extremely satisfied by the preparation of proteins here. Czech people know how to season their meat.

In the cities, there is a more international palette, so do not be surprised if you find mock American style diners, Argentine steak houses, and even the lowly hole in the wall burrito joint. Outside the major metropolises, try the more traditional cuisine like the local meats and regional pickled dishes. But in the cities, go for cheap and meaty – seriously, this burrito place is incredible. The Czech Republic is for people who like their bellies full, so do not shy away from the duck or rabbit either.

If you are staying in Prague, I recommend day trips and weekend getaways from the condensed city. A lovely hostel to take up residence for a bit that is also centrally located in Prague is Art Hole Hostel; I would definitely check it out. Student Agency is reliable, fast, cheap, and travels all over central Europe. The Czech Republic is relatively easy to travel through economically, so do not be afraid to explore the small, quaint towns of the countryside or unique constructions like the Bone Church, southeast of the capital. The Czech Republic is far more than partying in Prague.

I attempted to WWOOF in the Czech Republic, but much to my embarrassment and disappointment, it did not work out. It was uncomfortable for me as a whole even though the farm and farmers were generous and welcoming.

From the beginning, I went against my own mantra on expectations; I let them cloud the reality of my situation. What I remembered about farming and living away from cities and being in nature I believe was largely influenced by the people I was with at that the time at Chewonki – it is different when in a way, you are doing it alone.

Ironically, being a solo vagabond for a few weeks was exactly what I needed to do, and the Czech Republic allowed me to do this as result of its location in Europe, transportation services, and exchange rate in my favour. If you are backpacking, you must visit the Czech Republic. I have a lot to thank for this nation. I gained confidence, perspective, and new friends here. And for a young travellers, is there really anything else?

And luckily, I will be seeing one of those aforementioned people who I was on the farm with very soon … I am off to Croatia now! You heard me – we are finally going to the beach! Time to visit the Balkans, see another Chewonki friend in addition to Nina (WILLA!), and have some R&R in one of the most highly recommended destinations to visit! Woohoo!

One thought on “A Subject to History, Now Making Its Own: Czech Republic”

talk about a special! 맛있다 😋 Try out @zoo